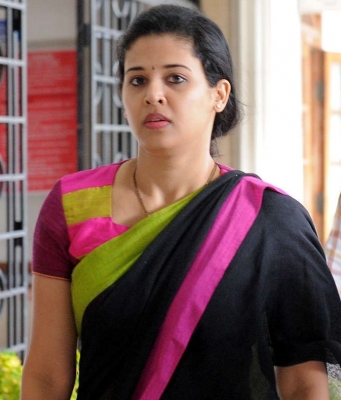 Bengaluru, May 20 (Ajit Weekly News) The Bommai government on Friday ordered an investigation against senior IAS officer Rohini Sindhuri on the allegations levelled against her by the JD(S) leader S.R. Mahesh during her tenure as the District Commissioner of Mysuru.

James Tarakan, Under Secretary of the Department of Personnel and Administration Reforms (DPAR) issued the orders. Bengaluru Water Supply and Sewerage Board (BWSSB) President and senior IPS officer N. Jayaram has been appointed as the investigation officer.

It has been directed to submit the report within 30 days. The move is said to be a setback for Rohini Sindhuri known for her upright attitude and her don’t care attitude to politicians. She is presently working as the Commissioner of Hindu Religious Institutions and Charitable Endowment Department.

After taking charge as the Deputy Commissioner of Mysuru, she took a slew of measures which made her popular in the district. But, soon, she antagonised powerful politicians from the district.

S.R. Mahesh, JD(S) MLA and close confidante of Kumaraswamy made a series of allegations against Rohini Sindhuri in connection with the purchase of cloth bags for students, renovating her official residence, which is a heritage building, building a swimming pool, gym and she is also charged with providing false statistics of Covid related deaths.

Rohini Sindhuri, allegedly is backed by a top leader of the BJP in New Delhi according to sources. However, the ruling BJP has come under tremendous pressure to transfer her from the post of DC of Mysuru district. Ruling BJP managed to attain power in Mysuru City Corporation for the first time after Independence with the help of JD(S).

S.R. Mahesh had raked up the issue regarding the purchase of sub-standard bags and demanded investigation against Rohini Sindhuri in the state Assembly for making a unilateral decision to purchase bags for the price of Rs 52 alleging that the same bags are available in market for Rs 10 to 13.

Zayn Ibad Khan: OTT may be a new door of opportunities, but showbiz isn't easy