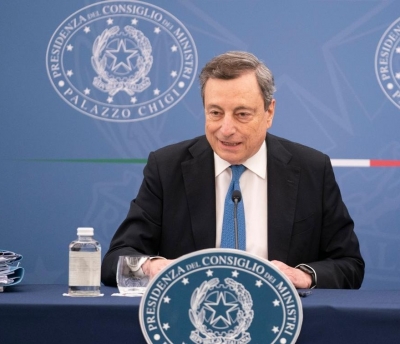 Rome, May 20 (Ajit Weekly News) Italian Prime Minister Mario Draghi called an emergency meeting of his cabinet of Ministers, an unusual move aimed at gaining support for a competition-related law that had been bogged down in a Senate committee.

The technical measure is a key part of assuring the country’s access to more than 200 billion euros ($212 billion) in grants and loans that are Italy’s share of the European Union’s coronavirus-related National Recovery and Resilience Plan.

But approval of the measure had been held up amid differing opinions among the parties that make up Draghi’s government coalition.

The Prime Minister called the emergency cabinet meeting on short notice. With the ministers gathered, Draghi called for a vote of confidence, which he received after which the meeting was adjourned.

The vote among Ministers means the competition decree that Italy promised to turn into law in December will now make it out of the Senate’s special committee on industry.

According to a statement from Draghi’s office, the full Senate is now expected to vote on the measure by the end of May.