IPL 2022: Have full confidence that Delhi will have a good game against Mumbai, says Ricky Ponting 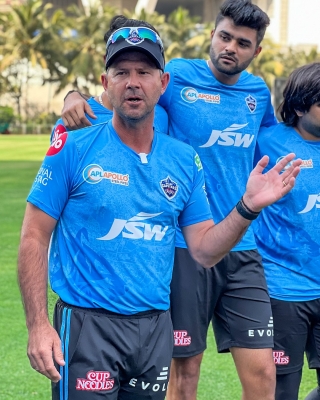 Mumbai, May 20 (Ajit Weekly News) Saturday’s match against Mumbai Indians at the Wankhede Stadium on Saturday is literally a do-or-die clash for Delhi Capitals. A win against the five-time champions will help Delhi displace Royal Challengers Bangalore from fourth place in the points table and seal their ticket to the playoffs.

Now, Delhi head coach Ricky Ponting on Friday has expressed full confidence in his side to get the crucial victory against Mumbai. Co-incidentally, Delhi had defeated Mumbai in their IPL 2022 tournament opener. The Rishabh Pant-led side go into this virtual quarterfinal clash with a 17-run win over Punjab Kings.

“I have got full confidence in the players that they will have a really good game on Saturday. We strung back-to-back wins together for the first time (after Delhi’s previous match against Punjab) in the season. It’s been an up and down season for us, but we’ve played some good cricket. I always talk about playing our best cricket at the business end of the tournament and peaking at the right time. I’ve got a feeling that the boys are about to do that,” said Ponting in an official release by the franchise.

For Delhi, swashbuckling opener David Warner has been leading the batting charts with 427 in eleven innings at an average of 53.38 and strike rate of 151.95, including five half-centuries while his fellow Australian Mitchell Marsh has scores of 63 and 89 in Delhi’s last two matches.

Ponting expects the duo as well as other experienced players in the side to step up to the occasion against Mumbai.

“Davey (Warner) has done a really good job at the top of the order. We have also seen how destructive Mitchell Marsh can be at the number three slot. And among the bowlers, Kuldeep (Yadav) has been exceptional and Axar (Patel) has been bowling economically as well. Shardul has shown good form in the recent matches. There are some good signs as far as our senior players are concerned and going into big games, you need your more experienced players to step up.”

“As a coaching group, we’ll look to get the players well prepared for their next challenge and it’s certainly a challenge that we are looking forward to. I am very excited about what Saturday holds for us and hopefully, we’ve got another week of cricket to play after that.”