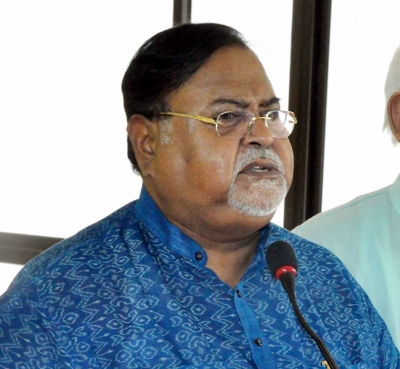 Kolkata, May 20 (Ajit Weekly News) Former West Bengal education minister and Trinamool Congress secretary general, Partha Chatterjee, on Friday received yet another jolt after a division bench of the Calcutta High Court refused to allow him a legal immunity against arrest by Central Bureau of Investigation (CBI) in connection to the ongoing agency by the central agency pertaining to West Bengal School Service Commission (WBSSC) recruitment irregularities.

On May 18, Calcutta High Court’s single-judge bench of Justice Avijit Gangopadhyay directed Chatterjee to face CBI grilling related to WBSSC recruitment scam irregularities, and at the same time, authorised the central agency to take the former state education minister into custody if necessary.

Chatterjee, currently the state Commerce and Industries Minister, approached the division bench seeking immunity against arrest by the central agency. However, the division bench, on Friday, refused to grant him that immunity.

In this appeal, Chatterjee also appealed to the division bench for deletion of Justice Gangopadhyay’s observation from his verdict which said that either Chatterjee should himself relinquish his ministerial chair or West Bengal Chief Minister Mamata Banerjee and Governor Jagdeep Dhankhar to relieve him of all government posts to ensure free and fair probe.

His appeal for deletion of the observation part from the order was turned down by the division bench.

However, at the same time, the division bench made it clear that Justice Gangoapdhyay’s observation was just a recommendation and not binding on the state government or the probe agency.

Meanwhile, the CBI, on Friday, has sent a fresh communique to Chatterjee asking him to be present at the agency’s office for a second round of questioning. The date and time of the next round of questioning would be informed to the minister in due course of time, a CBI source said.

On Thursday, Chatterjee appeared at the CBI office on Wednesday afternoon and was grilled by the CBI sleuths for about four hours.