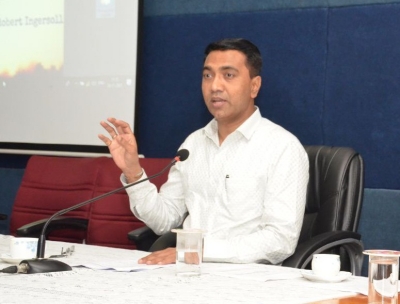 Panaji, May 20 (Ajit Weekly News) Goa Chief Minister Pramod Sawant on Friday said that his government would seek time from the State Election Commission to carry out a triple test exercise to streamline reservation of wards for the OBC polulation.

The triple test exercise involves gathering realistic data of the state’s OBC population by the commission.

“We do not have the right to postpone the election, that has to be decided by the SEC,” he said.

Sawant said that if the state goes for panchayat election now, then it will be held without reserving seats for OBC. “We don’t want to do that. We want to give 27 per cent reservation to OBC. I have taken the opinion of the Advocate General on the recent verdict of the Supreme Court,” he said.

Sawant said that his government will recommend to the SEC to give time by deferring the elections to 186 village panchayats, so the process of triple test through OBC commission can be carried out.

“If SEC grants time, then we will ask the OBC Commission to complete the triple test exercise,” he said.

“After OBC commission gives the report, we will submit it to the SEC for further action,” he said.