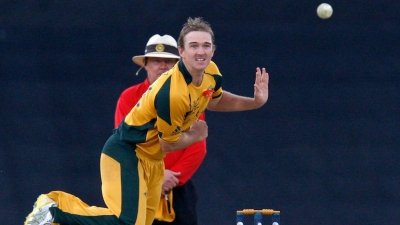 Dublin, May 20 (Ajit Weekly News) Former Australia spinner Nathan Hauritz on Friday was appointed as Ireland’s new spin bowling coach, said Cricket Ireland in a statement. It also said that Hauritz’s role with Ireland will involve working with the senior men’s and women’s squads, as well as the pathway system.

“The opportunity was too good to not even think about. I love discussing spin bowling from all facets, and to be able to do that in an international environment while travelling the world, how could you not want to do it. My particular interest as a coach is the tactical and mental side of spin bowling,” said Hauritz on his appointment.

Hauritz, 40, played international cricket for Australia from 2002 to 2011, featuring in 17 Tests, 58 ODIs, and 3 T20Is, taking 128 wickets overall. He played for Queensland and New South Wales in First-class cricket and represented Brisbane Heat, Sydney Thunder, and Melbourne Renegades in the Big Bash League.

“When you play at the top level of cricket your game is generally in a pretty sound space, but more often than not it comes down to how you perform on the day that needs the most work. I believe my career and experience will help me communicate with, and support the development of, our current groups of spinners. It’s an incredibly exciting time to be part of cricket in Ireland,” added Hauritz, the former off-spinner.

After his retirement as a player in 2016, Hauritz had been working as a spin bowling coach for women’s team Queensland Fire and Brisbane Heat in the BBL since 2020. Hauritz is expected to join the Ireland set-up in August, subject to a work permit.

Richard Holdsworth, High-Performance Director at Cricket Ireland, was delighted on getting Hauritz on board. “We’re delighted that Nathan will be joining the high-performance staff and look forward to getting him over here to start working with our spin groups. Filling this role now completes our elite coaching restructure and provides what we believe is a great coaching and support team around our performance squads.”

“Not only will Nathan’s skills and experience be invaluable to our spinners in both the men’s and women’s squads, but he will also be looking at the next generation coming through the pathway system.”