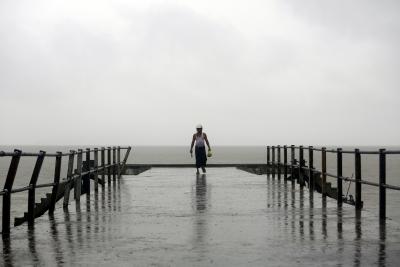 New Delhi, May 20 (Ajit Weekly News) A depression (an atmospheric system that brings extremely heavy rainfall) has formed over Gulf of Martaban and adjoining Myanmar and is likely to move northeastwards to cross Myanmar coast on Friday evening and bring rainfall in the region.

The first bulletin regarding this by the Regional Specialized Meteorological Centre (RSMC) said the Depression lay centred at 8.30 a.m. at about 40 kms southwest of Mawlamyine (Myanmar), 140 kms east-southeast of Yangon (Myanmar) and 700 kms northeast of Port Blair (Andaman Islands).

“It is very likely to move northeastwards and cross south Myanmar coast around Mawlamyine by Friday evening,” senior scientist of India Meteorological Department (IMD), Monika Sharma, who is with the RSMC, said.

Due to this sytem, there will be light to moderate rainfall at most places with heavy rainfall at isolated places very likely over Andaman Islands during next 24 hours.

A fishermen warning advised them not to venture into Gulf of Martaban, adjoining North Andaman Sea, Andaman and along & off South Myanmar coast during next 24 hours.

As part of the duties under RSMC – designated regional centre by the World Meteorological Organization (WMO) and manned by IMD scientist – these warnings have been sent to Myanmar and all other neighbouring countries too.