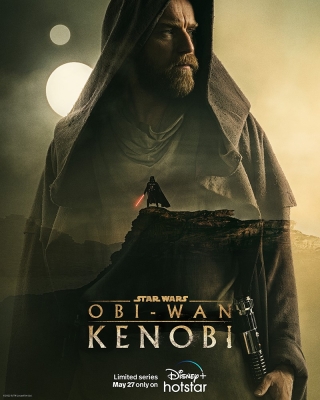 Deborah, who directed the show, is also one of the executive producers.

Deborah said: “I think the biggest thing for me that I really loved about the project, right from the beginning, is that it was character-driven. That was something that I found really, really exciting.”

Deborah, who is a Canadian filmmaker, television director and screenwriter. Her two short films, ‘Daypass’ and ‘The Hill’ have won awards at various international film festivals. Chow admits that her experiences on ‘The Mandalorian’ set helped her in doing the show.

“I don’t think I could have done this show if I hadn’t done ‘The Mandalorian’ first, and there are a few reasons for that, just in terms of Star Wars. I learned so much from writer and director Dave Filoni and Jon Favreau. They really mentored me in that galaxy in terms of storytelling and understanding and the tone of how to do Star Wars. And the second part of it was the technology, and Stagecraft, which I loved,” added Chow.

The story is most deeply rooted in the events of ‘Star Wars: Revenge of the Sith’, where Obi-Wan Kenobi faced his greatest defeat – the downfall and corruption of his best friend and Jedi apprentice Anakin Skywalker, who turned to the dark side as evil Sith Lord Darth Vader.

‘Obi-Wan Kenobi’ will premiere on May 27 on Disney+ Hotstar and run for six episodes until June 22.