Cong's Digvijaya Singh in legal trouble over his 2019 remarks 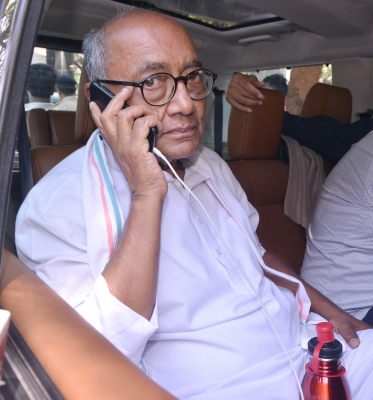 Bhopal, May 20 (Ajit Weekly News) Former Madhya Pradesh Chief Minister and Congress Rajya Sabha MP Digvijaya Singh has found himself in a legal trouble over his alleged defamatory remarks made in 2019 on the Bharatiya Janata Party (BJP) and the Bajrang Dal.

Singh would be facing a legal trial in the case which had been quashed earlier in January 2020 but a review petition by an RSS worker for initiating proceedings against him for making defamatory remarks, has re-opened it.

Accepting the review petition, a Gwalior court has directed the trial court to register a case of defamation against Singh for his alleged utterances against the Bajrang Dal and the BJP, at a political function.

The development came on the review petition of a local BJP leader, Arvind Bhadoria, who is also an advocate in Gwalior.

Bhadoria is the one who had earlier filed a defamation suit against Singh in the court of judicial magistrate. However, the case was dismissed by the court stating that the remarks made by senior Congress leader was not specific to any particular person.

Bhadoria has recently filed a review petition contending that Digvijaya Singh’s alleged remark has affected him personally as he is associated with the RSS and the BJP.

He said the court conceded his argument that by levelling serious charges against the RSS, Bajrang Dal and the BJP, “Singh had slurred the image of lakhs of workers associated with them”.

Subsequently, the session court on Thursday ordered the subordinate court to register a case of defamation against Singh and fixed the next hearing on this matter on May 30.

The entire matter pertains to Singh’s alleged statements in Bhind district on August 31, 2019, in which he reportedly accused the members of BJP and Bajrang Dal of taking money from ISI and spying in India. He had reportedly said that more non-Muslims have been caught spying for the ISI in India.

Notably, the fresh legal trouble for Digvijaya came a few days after he was tasked by the Madhya Pradesh Congress leadership for rebuilding the Grand Old Party in the Gwalior-Chambal region.