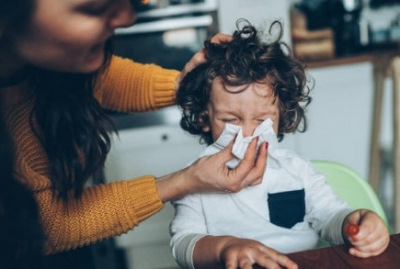 London, May 20 (Ajit Weekly News) Acute lower respiratory infection caused by Respiratory Syncytial Virus (RSV) was responsible for more than 100,000 deaths in children under five across the globe in 2019, according to a study published in The Lancet.

The study is the first to examine RSV disease burden in narrow age brackets, reporting that there were over 45,000 deaths in infants under six months old in 2019, with one in five of the total global cases of RSV occurring in this age group.

“RSV is the predominant cause of acute lower respiratory infection in young children and our updated estimates reveal that children six months and younger are particularly vulnerable, especially with cases surging as Covid-19 restrictions are easing around the world and majority of the young children born in the last 2 years have never been exposed to RSV (and therefore have no immunity against this virus),” Harish Nair, from the University of Edinburgh, and co-author of the paper, said.

Across the globe in 2019, there were 33 million RSV-associated acute lower respiratory infection episodes in children under five years old, leading to 3.6 million hospital admissions, 26,300 in-hospital deaths and 101,400 RSV-attributable deaths overall (including community deaths).

This accounts for one in 50, or 2 per cent of annual deaths from any cause in this age range.

For children under six months old, there were 6.6 million RSV-associated acute lower respiratory infection episodes globally in 2019. There were 1.4 million hospital admissions, 13,300 hospital deaths and 45,700 overall deaths attributable to RSV in this age range, accounting for one in 50, or 2.1 per cent of annual deaths from any cause.

Based on estimates of in-hospital versus overall RSV mortality rates, globally only 26 per cent, or approximately one in four RSV-associated deaths occur in a hospital.