CLOSE-IN: India may need a radical change for the T20 Cricket World Cup in Australia 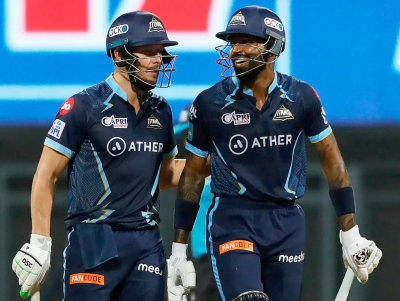 The people involved in structuring their squad, the playing XI and the skills that they required to do well, need to be complimented. Gautam Gambhir for LSG and Vikram Solanki for GT have done a fantastic job, both in the choice of players and the support staff. It does come as a surprise, especially, as most of the other IPL sides have been in the fray for 15 years.

The IPL 2022 has been a disaster for the two top sides of the past editions of the league, Mumbai Indians and Chennai Super Kings. Both Mumbai and Chennai seem to have relied on their old and faithful, which unfortunately for them, proved to be their Achilles heel. The tried-and-tested formula of their earlier successes needed a complete transformation to their approach. Similar to the many failed corporate giants who did not innovate and think ahead.

The players of MI and CSK failed to get the early momentum of wins under their belt and, although in the past they had shown resilience, they were not able to do so this time around. KKR, on the other hand, one gathers, seems to have an entirely different problem and that is of the management’s interference in the team’s cricket matters.

This brings to the fore a very important issue which gets escalated when sides are struggling to do well.<br> <br>Franchise owners in their quest to get the best combination of young and experienced cricket players with a staff to take care of their every need, get too involved with the cricket activities. This can lead to major disharmony, if the captain of an IPL side is not strong enough to put across his point of view.

Every IPL side is full of past players as advisors, most of whom have done exceedingly well at the game. Apart from this, the franchise has certified professionals for all the relevant areas such as fitness, health and the mental aspects of the game.

The former players and professionals, in order to make themselves important and relevant, as well as to please the owners, become major factors in advising the players in the squad. This leads to the famous saying, "too many cooks spoil the broth". This can then lead to players being completely confused.

Another factor, which comes into play, is that the captain and the thought leaders of the IPL sides have limited knowledge of many of the domestic players in the squad. Therefore, teams have struggled to get a correct combination to start with. By the time the ideal permutation and combination is worked out, it gets too late.

The owners, as one can see at the auction, feel as if they have successfully bought a champion stallion, every time they have secured a player. The congratulatory smiles, high-fives, even after spending millions of rupees, make one wonder as to whether they are actually serious about their purchase or is it just one-upmanship.

These owners, therefore, after having played a major part in forming the squad and the crew to assist them, naturally, feel like they have the capabilities to decide on every area of the game. All the franchise owners are very successful businessmen and women and quite understandably feel that they have the skills to think better than most. For many of them, the IPL is a toy that they feel they can wield at their whim and fancy to control and showcase their worth.

The unknown and unheard of players are the most interesting in the IPL framework. These players have the IPL platform in which to be recognised and get heard. The IPL 2022 has been a revelation for Indian cricket. Teams that have done well are the ones in which these filler players, as one can identify them, are the ones who have made one sit up and admire. These unpolished and inexperienced cricketers are mushrooming from various quarters of India and are capturing the screen with blatant confidence.

Nervousness and failure seems to elude most of them and they are prepared to challenge the best. One is so pleased to see such an attitudinal progress in Indian cricket.

The T20 World Cup is being held later this year in Australia. India have around 18 T20 matches to play before the World Cup along with a packed itinerary of One-day Internationals.

The challenge for the Indian selectors would be to get the ideal combination in place. The IPL has been a great boon to unearth a few exciting talents, who could play a part in the World Cup tournament. India have won it only on one occasion and that too in the inaugural year 2007.

In the last 15 years, India have matured and improved by leaps and bounds in the T20 format. The tricky part would be whether India should follow the tried-and-tested formula of players or go forth with a radical change. The IPL 2022 has been an eye-opener in which teams that have not changed have faltered. One hopes the Indian selectors will learn from it. Change is inevitable; one cannot do so after the major world event is over.