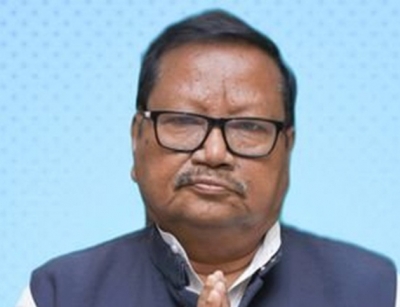 Kolkata, May 20 (Ajit Weekly News) Calcutta High Court’s single-judge bench of Justice Avijit Gangopdhaya on Friday ordered the immediate dismissal of Anikta Adhikari, daughter of West Bengal Minister of Education Paresh Chandra Adhikari from her services as a teacher of political science in one of the state-run schools.

Paresh Chandra Adhikari, as per the order of the Calcutta High Court, is already facing a Central Bureau of Investigation (CBI) probe in connection with the alleged illegal recruitment of his daughter in a government school even though her name did not appear in the merit list and she did not even appear for the personality test.

Justice Gangopadhyay’s bench also ordered Ankita Adhikari to return to the state government the salary that she received till the time of her appointment in two phases. As per estimates she will have to return her salary of 43 months. The salary returned will have to be submitted to the registrar of the Calcutta High Court.

Justice Gangopadhyay also ordered that Ankita Adhikari would not be able to enter the school premises where she was employed till further orders.

Meanwhile, after finally appearing at the CBI’s Nizam Palace office in Central Kolkata on Thursday evening, Paresh Chandra Adhikari was grilled by the CBI sleuths for about three and half hours. He arrived at the CBI office again on Friday morning and his interrogation process was on.

Paresh Chandra Adhikari was the acting food minister of West Bengal from 2006 to 2011 during the previous Left Front regime led by the-then chief minister Buddhadeb Bhattacharjee. In August 2018, he joined the Trinamool Congress leaving his earlier party of All India Forward Bloc and was greeted in the party by the- then state education minister and Trinamool Congress secretary general, Partha Chatterjee. Within 72 hours from his joining Trinamool Congress, his daughter’s name figured in the merit list. After the 2021 West Bengal Assembly election, he was made the minister of state for education.