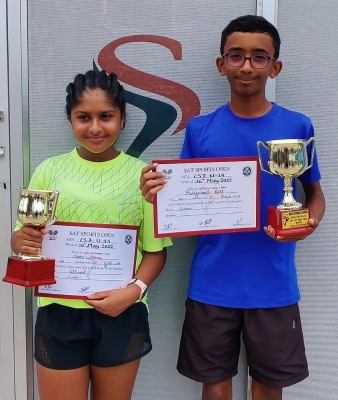 In the final, the 12-year-old, who entered the main draw encounters as a qualifier, defeated Archisha Ghosh in straight sets 6-4, 6-2 to emerge as the champion.

Eighth seed Balaganesh Patel caused a minor upset when he won a hard fought battle against second seed Diganth M with a 4-6, 6-2, 6-4 victory to take the Boys crown. He also completed a golden double when he joined hands with Darsh HK to lift the Doubles title.

Results finals (seeding in prefix, states unless Karnataka in brackets)