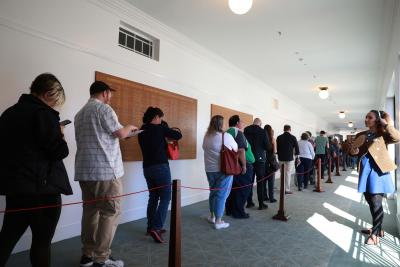 Canberra, May 20 (Ajit Weekly News) Australia, which is going to polls on Saturday, is set to witness a two-way contest between Prime Minister and Liberal Party leader Scott Morrison and opposition Labor Party leader Anthony Albanese.

A strong 17.2 million electorate are eligible to exercise their franchise in the polling which will begin at 8.00 a.m. and conclude at 6.00 p.m.

The voters’ concerns are inflation and climate change, among others, BBC reported.

Earlier, Scott Morrison had slammed Anthony Albanese as a “loose unit” on the economy, to which the latter replied that the Australian economy was “crying for leadership and reform” but was getting neither from the current administration.