Amit Shah on 2-day Arunachal visit from May 21 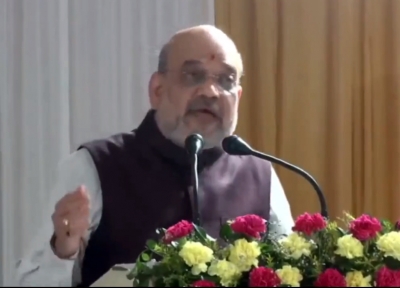 New Delhi, May 20 (Ajit Weekly News) Union Home Minister Amit Shah will embark on a two-day visit to Arunachal Pradesh on May 21.

According to the Home Ministry officials, he will participate in various governmental programmes, including inaugurating and laying of foundation stones of various development projects in the state.

He will also be interacting with security personnel of the Indian Army and the paramilitary forces at Namsai.

Shah will arrive in Tirap district in the state on Saturday morning and participate in the Swarn Jayanti Samaroh(Golden Jubilee celebration) of Ramakrishna Mission Ashram, Narottam Nagar.

He will also be visiting Parshuram Kund in Lohit district and interact with the local people.

On the second day of his tour on May 22 , the Home Minister will be meeting the social organisations at 9.30 a.m and later visit Golden Pagoda Temple at Namsai for Darshan.

He will also be holding a public meeting and inaugurating and laying of foundation stones of various development projects at Namsai between 11 a.m. to 12 p.m.

After this, he is scheduled to come back to Delhi, the MHA officials said.