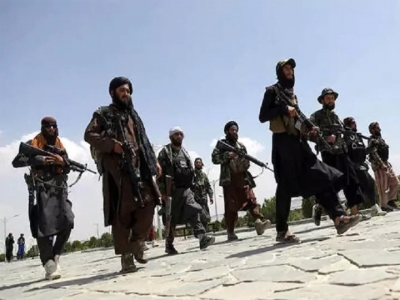 The negotiations were facilitated by the Afghan Taliban and were held at the Serena Hotel in Kabul. After detailed deliberations, it was mutually decided that the ceasefire that the TTP had announced at the start of May 2022, initially for 10 days and then extended it to five more days, will be extended till May 30.

Pakistan’s delegation was led by former Inter-Services Intelligence (ISI) chief and current Commander of Peshawar Corps, Lieutenant General Faiz Hameed. Other than the delegation of Pakistan military, officials of Military Intelligence (MI) and the ISI were also present during the negotiations.

As per details, the terror outfit TTP also held separate and detailed talks with the Mehsud and Malakand Jirgas to reach a peace deal as the surge of terror attacks by TTP predominantly engulfed the tribal districts bordering Afghanistan.

"The Pakistani military and later the Mehsud and Malakand Jirgas have held separate meetings in the compound since Monday," said a reliable source in the know of the developments.

Details of the negotiations also revealed that it was the Haqqani network that assured to take complete responsibility of the decisions made as an outcome of the meetings to the Pakistani delegation on behalf of the TTP.

TTP had put forward a series of demands in exchange of the ceasefire, including:

* Release of their commanders<br>* Release of mid-stage commanders facing life term and death sentences <br>* Financial support to militants repatriated from Afghanistan <br>* General amnesty for the families of the Taliban fighters <br>* End of military operations in North and South Waziristan tribal disricts <br>* End of search operations in the merged tribal districts <br> <br>On the other hand, Pakistan military also put forward its demands to the Talban, which included:

The talks between the two sides were held for a span of at least two weeks. Reports revealed that Pakistan has released senior TTP commanders. However, the commanders have not yet been handed over to the Taliban.

The success of the negotiations was also confirmed by the Afghan Taliban government spokesperson, who expressed hopes that the successful ceasefire agreement would lead to help both sides be more tolerant and flexible.