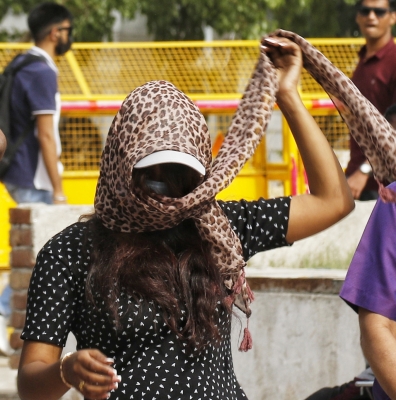 New Delhi, May 19 (Ajit Weekly News) After continuous heat wave spells, the coming week for northwest India would be a mixed bag of abating heat waves, thunderstorms, dust storms and even rainfall for hilly areas, the India Meteorological Department (IMD) said on Thursday.

There would be no significant change in maximum temperatures during the next two days over northwest, central India, and Gujarat and would fall by 2-4 degrees Celsius thereafter.

Maximum temperatures are likely to fall over most parts of northwest and adjoining central India from May 26 onwards.

“These are likely to be above normal by 1-3 degrees Celsius over most parts of Western Himalayan Region, Odisha and adjoining coastal Andhra Pradesh. It is likely to be below normal to near normal over rest parts of India,” the IMD bulletin said.

“Under its influence, fairly widespread to widespread light/moderate rainfall with isolated thunderstorm/lightning/ gusty winds and hailstorm is very likely over Jammu-Kashmir, Himachal Pradesh & Uttarakhand till Sunday.”

Isolated to scattered light rainfall with thunderstorm/lightning/gusty winds are very likely over Punjab, Haryana, north Rajasthan, and Uttar Pradesh during May 20 to 24 with scattered to fairly widespread light rainfall over the region on May 23.

Dust storms/thunderstorms at isolated places are very likely over Uttar Pradesh on Friday and over Rajasthan on May 21 and 22.

There would be strong surface winds with wind speed reaching 25-35 kmph over Rajasthan on May 20 and 21 and over Punjab, Haryana, and Uttar Pradesh on May 22 and 23, the IMD added.