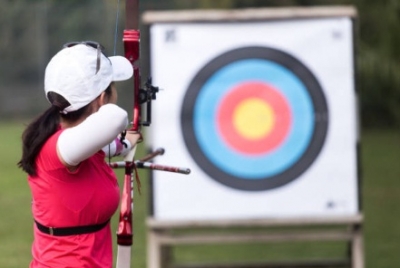 The men’s team began the day by beating Italy 235-229 in the first round before ousting a strong US team 234-228 in the quarterfinals. Up against the top-seeded South Korean team of Jong Ho Kim, Yong Hee Choi and Jae Won Yang, the 2019 world championships gold medallists, in the semifinal, the Indian trio had to dig deep to produce a win.

In a topsy turvy match, the two teams were evenly matched at 233-all. In a tight shoot-off, the Indian team came out on top by 29-26 to earn a gold medal shot.

India will face France in Saturday’s final in what will be a replay of the gold medal match from the Stage 1 World Cup from last month. India won the contest 232-230 at the Turkey meet, an olympics.com report said.

Meanwhile, the women’s compound team comprising Avneet Kaur, Muskan Kirar and Priya Gurjar secured a bronze. They received a first round bye and then beat fourth-seeded Chinese Taipei 228-226 in the quarters to set up a semis clash against the top seeded hosts.

India put up a good fight but a dismal 56 in the third set cost the team as they went down 228-230. Up against the other losing semi-finalists Turkey in the bronze medal playoff, the Indian trio overturned a late deficit to win a thriller 232-231 to claim a podium spot.

A total of 272 recurve and compound archers – 149 men and 123 women – from 39 countries are competing in South Korea. India have sent a 16-member contingent, including Olympians Tarundeep Rai and Jayanta Talukdar, for the meet.