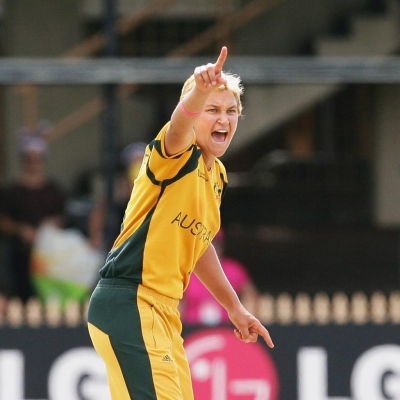 Nitschke, appointed as an assistant to Mott in 2018, will take charge of the Australia team for the upcoming Tri-Series in Ireland and Commonwealth Games in Birmingham. After her playing days as a leading all-rounder for Australia were over, Nitschke ventured into coaching and spent time with the South Australian Scorpions and Adelaide Strikers. In 2019, she took the reins of the Perth Scorchers WBBL side, leading the team to its maiden WBBL title last summer.

Nitschke’s appointment to the interim head coach role comes after Mott was announced to be the new white-ball coach for England men’s side, led by Eoin Morgan, on a four-year contract. Since becoming the head coach of Australia women’s side in 2015, Mott took the team to new heights, becoming an invincible force in women’s cricket.

“I’d like to thank everyone involved across Australian Cricket; I feel honoured to have been a part of such an amazing group of people over the last seven years. I leave with a heavy heart but with so many wonderful memories. The on-field success is well documented but it’s the lifelong friendships that I’ve formed that resonate most with me,” said Mott in a statement.

Mott helped Australia win ICC Women’s T20 World Cups in 2018 and 2020 before lifting the ICC Women’s Cricket World Cup silverware in March this year. Mott has helped Australia be undefeated in four women’s Ashes series apart from a remarkable 26-match consecutive winning streak in ODIs from 2018 to 2021, a record in both men’s as well as women’s game.

“I am very proud to have been part of a sport that has been able to endure the last couple of years and come through it with an even brighter future. There is never a perfect time to leave such a wonderful environment, but this opportunity is one that excites me very much. My family has a strong connection and love of the UK, having spent several summers over there and we are excited for our next family adventure,” added Mott.

Mott expressed gratitude to everyone in the Australia women’s setup. “To all the support staff, players, and administrators both past and present, thank you for all your support and guidance during my time with the team. Not all coaches get to leave on a high and I have nothing but gratitude and admiration for everyone who has helped me in this amazing experience over my tenure with this great team.”

“This playing group is led magnificently by a number of players, including Meg and Rach, who have together helped forge a culture which will thrive for many years to come. I wish the team all the best and look forward to seeing them grow what’s become an incredible legacy.”

Cricket Australia CEO, Nick Hockley, thanked Mott for his work as Australia women’s head coach and the legacy he leaves behind. “Matthew has played an instrumental role in the success of our incredible women’s team, driving a team-first mentality, and creating an environment that’s allowed the players to blossom into some of the world’s leading cricketers.”

“Under Matthew’s leadership, the team has claimed every major trophy on offer and importantly, has inspired kids across the country to pick up a bat and ball. He should be proud of the legacy he’s helped create with our women’s team. We’d like to thank Matthew for everything he’s given Australian Cricket and wish him and his family all the best in this new venture.”

Ben Oliver, EGM of High Performance and National Teams, wished Mott for his new assignment. “Matthew’s appointment is richly deserved and reflects the global standing and dominance of the Australian women’s team which he has guided over the past seven years. We are grateful for the outstanding job that Matthew has done and while we will miss him, he leaves the team well set for sustained ongoing success. I would like to thank Matthew and we look forward to facing his new side in the men’s T20 World Cup later this year.”