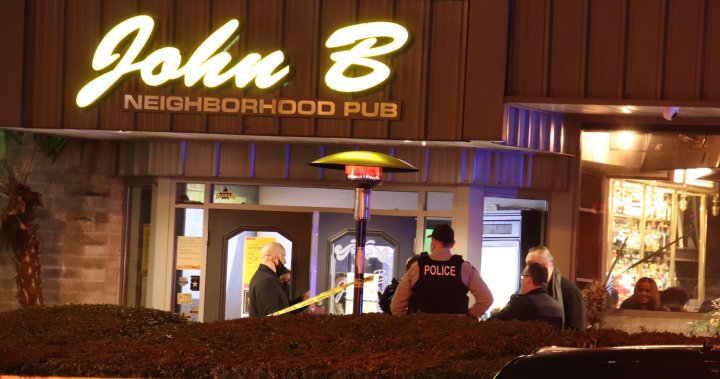 One man was taken to hospital with serious injuries after a shooting in the parking lot of Coquitlam’s John B Neighborhood pub on Austin Avenue Friday night.

Coquitlam RCMP say they responded to the scene just before 9:30 pm and found the victim suffering from gunshot wounds.

Witnesses tell Global News several shots were heard as dozens of people rushed into the pub to take cover.

The victim is known to police and the incident is believed to be targeted.

There is no word on if it is related to the Lower Mainland gang conflict.

Police are still trying to find the suspect.

Investigators are expected to be on scene for several hours.