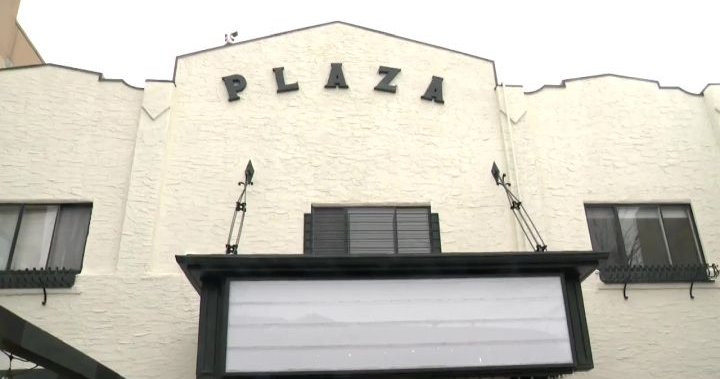 An iconic independent theatre in Calgary’s Kensington neighbourhood will reopen to the public on Friday after a long hiatus due to the COVID-19 pandemic.

The Plaza, which was first established in 1935, has been undergoing a renovation project since last August. The theatre closed its doors in August 2020 after struggling financially during the early days of the pandemic, and the space was put up for lease shortly after.

Since then, the new long-term leaseholders announced that they would revitalize the theatre. The Plaza was originally slated to open last September.

She wanted a place where Calgarians can mix and mingle while watching movies.

The theatre will have new food and drink options, complete with a café and bar. A permanent food truck will also be set up outside of the building, and chefs will be rotated every three months to provide variety for patrons.

“This is quite different to what Calgary has seen so far,” said Dobrowolski. “Although it took a bit of time, everybody was really on board and helped us get to where we are.”

When it comes to programming, she said that has not changed. Many community members associate the Plaza with good quality films, and Dobrowolski wanted to keep that aspect of the theatre alive. The theatre will feature classic films and new releases.

Dobrowolski also hopes to host collaborative events in the future with the film industry and university film programs.

“We want people to be patient as we figure out our programming,” she said.