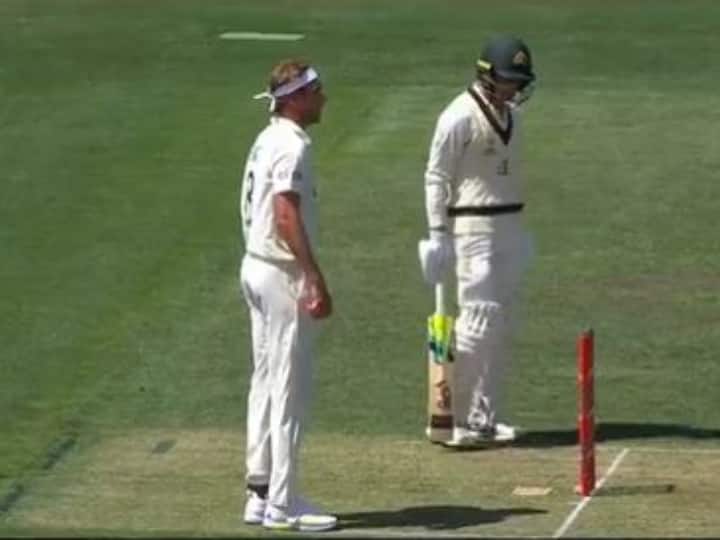 New Delhi: England batters poor form in the ongoing Ashes Test series continue as the visiting team were bundled up for a paltry 188 runs on Day 2 of the fifth and final Aus vs Eng Ashes Test on Saturday at the Bellerive Oval in Hobart.

Australia, on the other hand, had a poor start to their second innings. At the time this article was written, Australia lost 23 runs for loss of two wickets and took a lead of 138 runs. In their first innings, Aussies had scored 303 runs.

Meanwhile, England’s 2nd highest wicket-taker in Tests, Stuart Broad, was seen yelling, “Stop moving the robot” as he got agitated due to the camera that was behind Australia batter Mitchell Starc.

The English pace bowler got so much distracted as he had to pull out in his delivery stride while bowling to Starc. The incident took place in the 63rd over of the first innings.

Not a fan of the @FoxCricket rover, then? 🤖#Ashes pic.twitter.com/1ctxyHdVC7

Talking about the match, Australia bowled out England for 188 runs in their first innings, courtesy a clinical bowling spell from captain Pat Cummins (4 wickets for 45 runs) and Mitchell Starc (3 wickets for 53 runs).

Australia, in their first innings, were bowled out for 303 runs. Middle-order batter Travid Head scored a hard-fought ton with the help of 12 fours to push his team to a strong 1st innings total.

Australia successfully retained the Ashes title on their home soil by defeating England in the 3rd Test to take 3-0 unassailable lead.