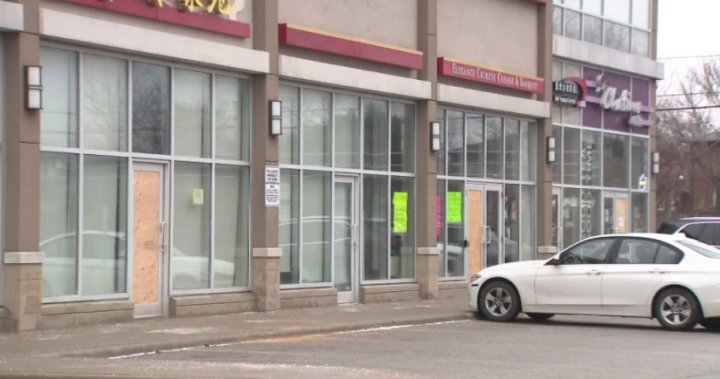 Several York Region business owners were left picking up the pieces after a rash of recent break-and-enters.

“It’s tough. It’s not something we never want to see. It’s like someone going to your home and taking your personal belongings,” said Derek Ng, area development manager for Chatime.

Their bubble tea shop near Warden Road and Steeles Avenue Eastwas broken into more than once.

Both doors have since been boarded up. The location’s owner told Global News they expect to pay anywhere from $700 to $800 to replace each one.

Global News spoke to businesses in three plazas that were affected by recent break-ins.

York Regional Police told Global News they received several reports of commercial break-and-enters recently. Many of them involved restaurants in the area.

Police believe those acts were committed by the same suspects.

York Regional Police are investigating and appealing to the public for information.

In the meantime, they are urging business owners to take proactive measures to stay safe.

Among their tips for doing so: Remove valuables from storefront displays, remove cash from the till and leave it open in plain view on the counter, and consider installing a security system with an audible alarm, video surveillance and alarm monitoring.