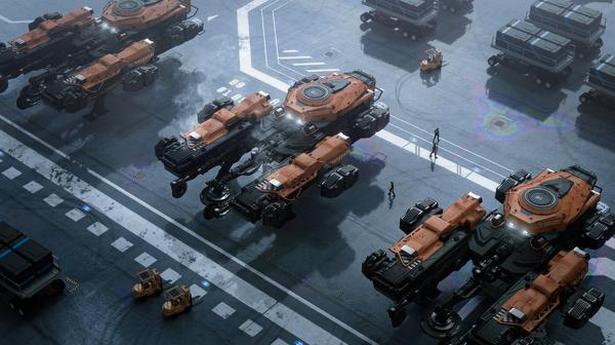 Known for his work on video games such as ‘Batman: Arkham City’ and ‘Star Citizen’, UK-based Paul Jones’ ‘The Ultimate Career Guide: Game Artist’ is the world’s first guide on how to navigate the booming gaming industry, whatever your level

There was a time veteran video games artist Paul Jones was working 84-hour work weeks. He recalls how the stress of working in this contentious creative industry had him stressed out and saw his mind and body start to give up. Not wanting his health to decline further, Jones took matters into his own hands and years later, he shares that though he is the furthest thing from a sporty person, he gets frequent sports massages.

Jones, an artist at heart, has now released The Ultimate Career Guide: Game Artist, the world’s first “professional and artistic pipeline” for the games industry. He says if you have ever wanted to make a case for becoming a video games artist, no time like the present. Home-bound routines of the past two years have segued into an unprecedented gaming boom which led to a lot of curiosity around careers in this burgeoning industry.

(Stay up to date on new book releases, reviews, and more with The Hindu On Books newsletter. Subscribe here.)

Having long observed a gap in online and offline discussions around creating a career in this space, Jones he was putting together Game Artist. So the timing of the book’s release is pretty remarkable, he agrees on a video call from his home in England.

Jones has more than 25 years of experience in the industry; his portfolio spanning some of the most personable games such as the largest-ever crowdfunded game Star Citizen (for Cloud Imperium Games where he is an art director). Prior to this, Jones also worked on titles including LEGO City Undercover (TT Fusion’s largest open-world LEGO game), Batman Arkham City (Rocksteady), Unreal Tournament 3 and Unreal Championship 2 (Epic Games), and Battlestar Galactica (Warthog). 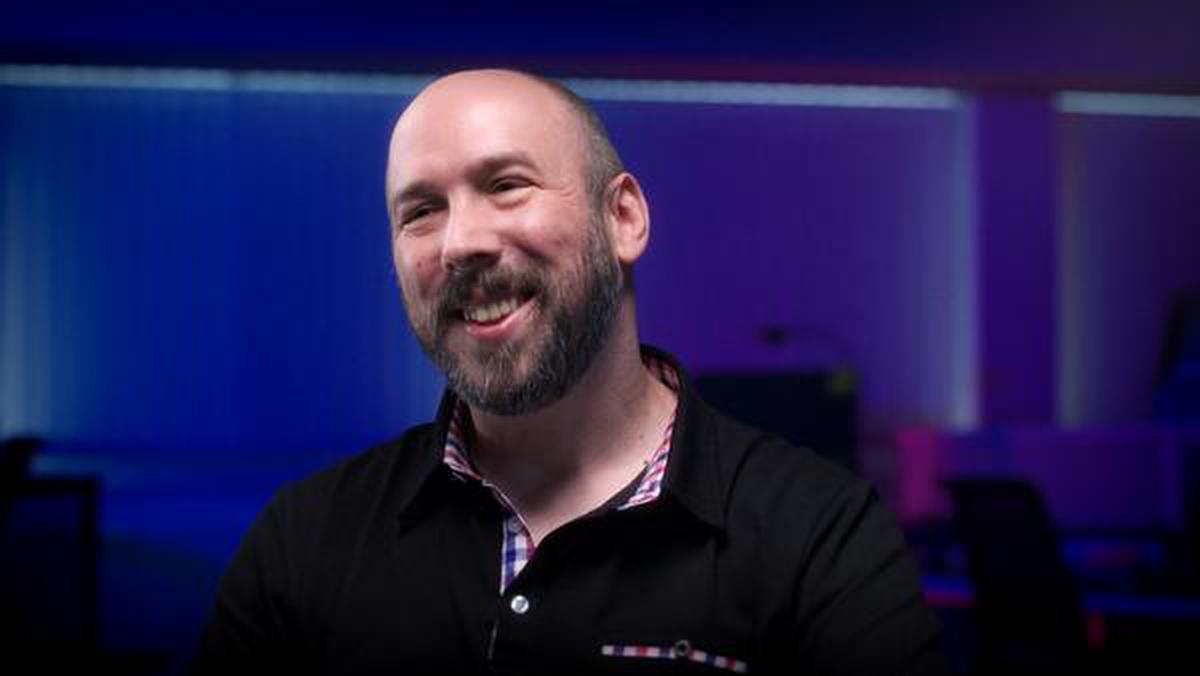 Having worked for many smaller studios as well, Jones laughs and says he “prefers the underdog.” He recalls, “When I worked for Epic, there were only 50 of us, and when I worked for Rocksteady, only 12 people worked on the environment team for Batman: Arkham City (now environment teams comprise up to 100 artists). So the company cultures at these places are more nuanced and tighter because indie studios push the boundaries and move out of the stereotypes of what video games have presented for decades.” That said, Jones made sure the book would benefit artists in both the indie and the AAA spaces. 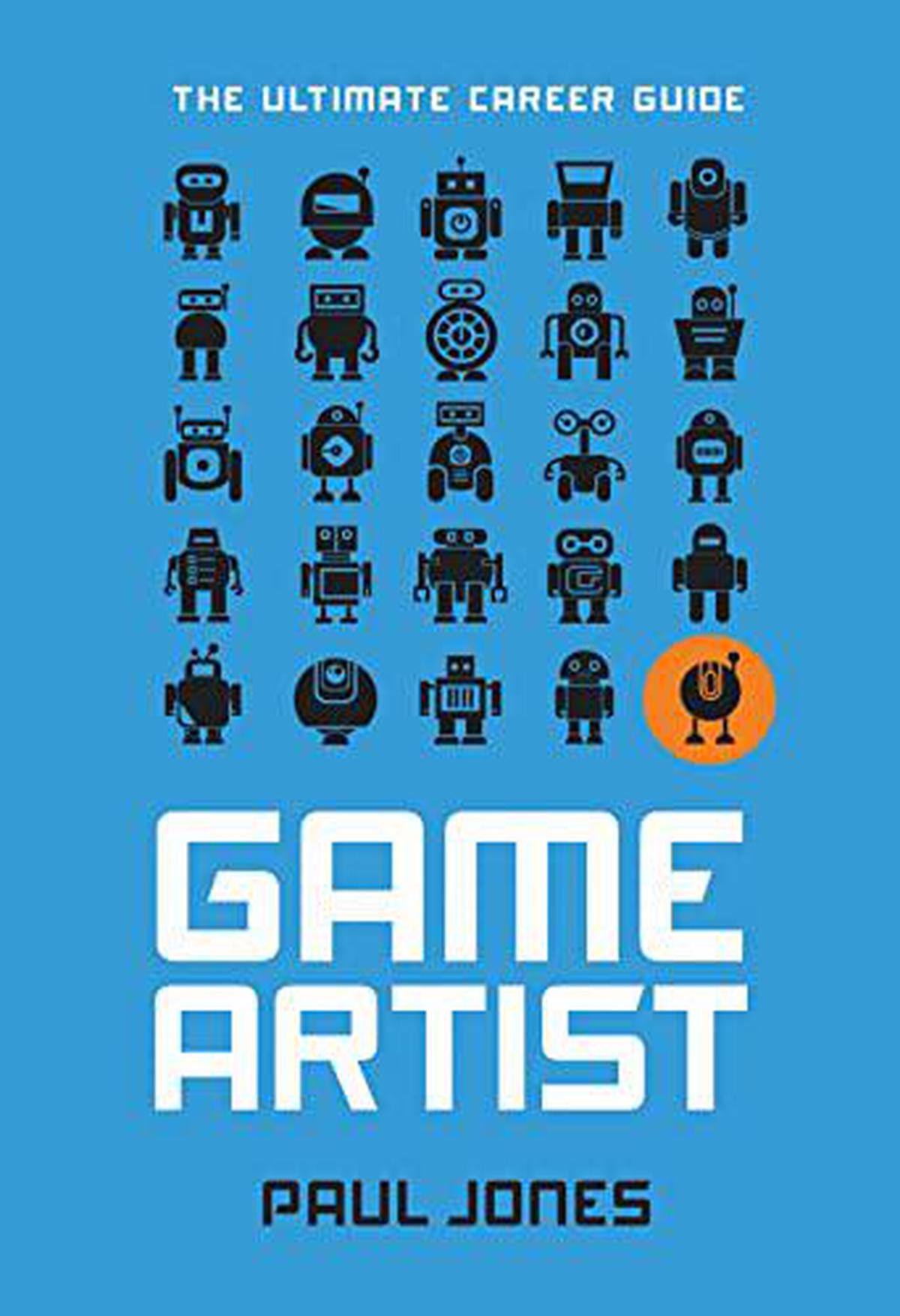 Though Jones has been in the industry for two decades, for Game Artist, he went into the process with a “beginners’ mindset”, to put himself in the shoes of the reader and answer every question one might have. It was originally templated at two works: one of his journey and the other of the general career path, so he ended up merging the two, offering up slices from his own experience to supplement the narrative. Jones has also interviewed his long-time friend and collaborator Jerry O’Flaherty who is the art director of Gears Of War (2006) to bring more dimensions into the book.

Also Read | Epic Games on Unreal Engine 5, and why it has the right building blocks for the open metaverse

Whether one is a budding junior artist or a veteran art director or working in management, Jones breaks down what each tier of the game art world has to offer in terms of mentorship, upskilling, applying for jobs, networking, weekly work-life, and mental health. He lines up establishing a ‘healthy self’ while working with climbing a mountain – in that it is always an uphill battle. As with all industries, the obstacles one potentially faces include creative block, negative environments and team conflict, as well as physical health aspects such as sitting at your desk properly.

Jones wants to humanise the experience of working in the games industry as well; in the book, he shares not just the mistakes he has made over the years but also how he developed from them. “I used to be a bit of a perfectionist then realised the need to back off,” he recalls. “Of course, there are varying levels in the severity of mistakes so the book covers how to work with that. It comes with the territory of working with so many people in a ‘crunch culture’.”

Having been in this world for well over two decades, Jones has seen a lot of change in different areas.

One of the biggest debates in game design and artistry is to do with gender; be it designing women characters or how women game designers are placed in the industry. Game companies such as Activision Blizzard is currently in the hot-seat for their mistreatment of female employees and over-sexualisation of female and LGBTQ+ characters. Given Game Artist taps into fostering healthy work environments, Jones thinks aloud, “Why even is there a gender pay gap at some game design studios? If your company has a good culture and talent, it shows in the games that push away from stereotypes. We need more women in management roles; too often we see women in junior roles transitioning out of the industry because they happen to work in a ‘dude club’ with a lot of sexism. It’s not just about recruiting the right people, it’s also about retaining them.” Just as with any entertainment industry, there runs a high chance of rejection from not just studios but fans too. Recent games that have fuelled some nasty fire among fans include Keanu Reeves-starrer Cyberpunk 2077, Assassin’s Creed Valhalla and Battlefield 2042. So, should an artist worry about the failure of a published product? Jones says this is a mixed bag depending on the visual substance of the game, but the underlying response is they should not. “If you decide to move onto another company, you still have your good artwork. So an art director can look at your work and that title and say ‘that project bombed, but the art was good’.”

Though most artists in the game industry feel they should be entrepreneurial with their skills, Jones does not consider himself a ‘businessman’, so to speak — he remains an artist at heart. “From the outset, I wanted Game Artist to be a helping hand… like the book is your Sherpa. With social media, I’ve seen more people speak out about the need for attention towards mental health in the workspace and why we need to change a lot of the dynamic,” he explains, adding, “That said, I inserted that right at the start of the book with the junior artist section; even if people who read it don’t follow it, a seed has been planted in the back of their mind.”

The Kindle version of ‘The Ultimate Career Guide: Game Artist’ (₹997) is available on Amazon India.