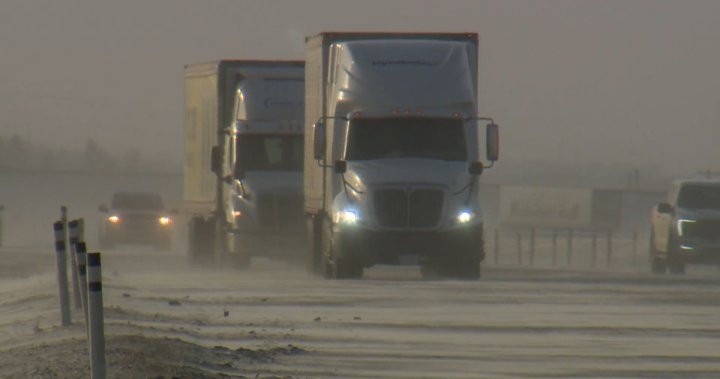 Update: 9:29 PM – The federal government is backing down from mandating COVID-19 vaccinations for cross-border Canadian truckers just days before it was set to take effect.

According to a spokesperson from the Canadian Border Services Agency, unvaccinated Canadian truckers crossing from the United States will remain exempt from testing and quarantine requirements after arriving in the country.

Those requirements will, however, still apply to unvaccinated or partially vaccinated foreign nationals, including American truck drivers as of Jan. 15, spokesperson Rebecca Purdy said.

Those truckers will be forced to turn back to the U.S. until they are fully inoculated.

This Saturday is when a new COVID-19 vaccine mandate will be implemented by the Canadian government for all commercial truck drivers wanting to cross the border into Canada.

According to the new rules, truckers entering from the U.S. into Canada will be required to present proof of vaccination against COVID-19. It’s a move the federal government hopes will limit the spread of the virus as cases continue to surge across the nation.

However, the decision has generated mixed reactions with some concerned by the move.

Industry experts say it’s going to push about 16,000 drivers out of a job in an already short-staffed sector since those drivers may still choose to not get vaccinated.

“Our main goal here is to make sure our province and country don’t experience a significant supply chain disruption,” Jordan Ewart, manager of policy and government relations for the Saskatchewan Trucking Association. “We move about $650 billion worth of trade across the Canada-U.S. border every single year.”

Ewart said the province is already dealing with an acute driver shortage, and with the predicted exodus of drivers caused by the mandate, he believes it will certainly cause disruptions in a province which relies heavily on exports.

He mentioned he has spoken to members within their association who expect to lose upwards of 25 per cent of their drivers. Those members are now scrambling to prioritize loads, prioritize customers or just ensuring truck capacity is available.

“There will certainly be pockets of our economy that might be affected whether that is a rural community or the agriculture sector,” Ewart explained.

“We have heard throughout this period here that drivers are certainly going to exit the industry based on these mandates.”

Ewart added that the amount of vaccinated truckers Canada-wide is comparable to the nation’s vaccination rate.

There are those who believe it’s the right step in order to limit transmission of COVID-19 across borders, including Bryan Barter who has been a truck driver for 14 years.

Barter, who shared he has his three shots, spoke to Global News on Wednesday when he said he is in favour of the new rules taking effect on Jan. 15.

“There’s a lot of guys that don’t believe in vaccinations, but I’m not one of them,” said Barter.

Barter suggested those who don’t get vaccinated will miss out on opportunities and jobs while the requirement is in place, but the mandate will effect those who are jabbed, too.

Canadian trucking industry grapples with driver shortages: ‘This is a national issue’

He said over 90 per cent of their customers require the drivers be vaccinated before entering yards in Canada, the U.S. and Mexico.

“It’s creating a burden on us that are vaccinated because we have to load for them, bring their trailer, drop it, go grab our trailer, go load it and then we can continue.”

Atinder Singh, another truck driver Global News interviewed on Wednesday, said he supports the mandate, but he understands there will be stress created by the reduction of drivers who choose not to get their shots.

“Everywhere we go there are some kind of restrictions. There are worries about vaccinations, but if everybody is vaccinated, then it is much easier to work,” Singh said.

Unvaccinated Canadian truckers can still cross the border but they will have to quarantine for 14 days.

As for unvaccinated American truckers, they will not be granted entry into Canada.

1:43
Some Saskatchewan schools shuffle staff around as COVID-19 increases absenteeism

Some Saskatchewan schools shuffle staff around as COVID-19 increases absenteeism