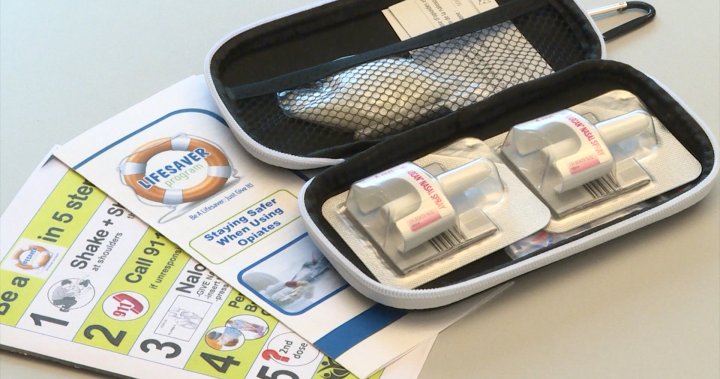 A record number of people died from overdoses in Saskatchewan in 2021.

464 people died in Saskatchewan from confirmed or suspected drug overdoses last year, according to the Saskatchewan Coroners Service.

2021 another grim year for drug overdoses in Saskatchewan

“This is the new norm,” Jason Mercredi said. “We (need) to start acting like it.”

Mercredi said deadlier drugs — like fentanyl — are to blame.

But he also says it’s the fault of the provincial government for not funding harm reduction programs.

Mercredi believes that shows harm reduction is working, because Prairie Harm Reduction has been open longer in Saskatoon than its Regina counterpart, Newo Yotina Friendship Centre, which started offering services last May.

PHR opened in October 2020. It is also open longer.

The report shows 3,518 consumptions took place at the site in 2021. It states only four overdoses occurred and that none were fatal.

“I’d like to see what we can do if we’re properly funded,” he said.

PHR has asked the provincial government for funding specifically for harm reduction (PHR receives government funding for other services) for three years in a row but has been denied each time.

PHR turned to the community, meaning sales of things like doughnuts and baked goods paid for another paramedic, as well as extended hours.

Mercredi said more than 50 people a day use the facility in some respect, and that staff are overwhelmed.

Looking ahead, Mercredi said overdose numbers are likely to be even higher this year — unless the province starts funding more operations.

In a statement, mental health and addictions minister Everett Hindley said the record number of overdoses was concerning.

He also stated the province is taking action to expand the Take Home Naloxone program, make drug-checking strips available, open new treatment beds and to provide an addictions recovery program in the north.

The statement said the government recognizes addictions issues are not a health or policing issue alone, but one that involves “housing, health and mental health.”

“Our government is committed to continuing to pursue further opportunities to increase the number of addictions treatment and detox spaces in the province, with the goal of adding another 150 spaces over the next three years, and continuing our expansion of harm reduction services,” it reads.

“It seems like the only people not onboard for realizing this is the way things need to get done, and this is the future, is the provincial government.”

3:46
2021 another grim year for drug overdoses in Saskatchewan