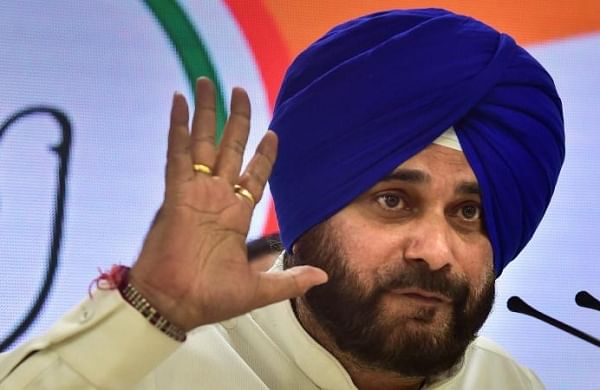 “Political Tourist @Arvind Kejriwal who was absent in Punjab for the last 4.5 years claims to have a Punjab Model. AAP’s campaign & agenda is a joke on the people of Punjab. A list of 10 pointers written by people sitting in Delhi with zero knowledge of Punjab can never be Punjab Model!,” Sidhu tweeted.

Besides dubbing Kejriwal’s post-poll governance template for Punjab as a “Copy-Cat Model”, Sidhu went on to describe it also as I am very insecure Model, Liquor Mafia Model, Ticket for Money Model, I am very sorry Majithia Ji: the Cowardice Model, Writing free cheques model, Electricity to Ambani’s Model and 450 jobs in five years Model.

Sidhu, who had earlier shared his roadmap for ruling the state after polls, said the resurrection of Punjab is a serious issue as the lives of three crores Punjabis depend on it.

“People of Punjab will not fall for these hollow and non-serious agendas. A Genuine Roadmap which will bring back People’s resources from Mafia Pockets to People of Punjab is required,” said Sidhu in his tweet.

Earlier in the day, unveiling his party’s “Punjab Model” of governing the state after polls, AAP national convener and Delhi chief minister Arvind Kejriwal had promised justice in sacrilege cases, jobs to youths, corruption-free governance, asserting that people want to bring his party to power to break the friendly “partnership” between the Badals and the Congress.

The Punjab model will have a 10-point agenda which will include free power to people up to 300 units per billing cycle and controlling the drug menace, he said.

The Delhi chief minister said with the announcement of polls, people are happy that they have got an opportunity to bring a change and have made up their minds to give AA a chance.

Accusing the Badal family and Congress of looting the state, Kejriwal said, “This time people have made up their minds to break this partnership and bring the government of common people, common Punjabis”.

A day earlier, Sidhu had promised setting up of a state-owned liquor corporation for mobilising about Rs 25,000 crore of revenue if his party returns to power after the assembly polls.

He had also promised to set up a state-run corporation for sand mining and a regulatory commission for the cable sector.

He said everyone claims that the Punjab exchequer is empty but nobody gives any roadmap on how to improve its financial health.

“If the right agenda is not given, you will be the same run-off-the-mill government that has been run by the two chief ministers for the last 25 years,” he had said.

Elaborating his plans to set up the state’s liquor corporation, if the Congress returns to power in Punjab, Sidhu said it will regulate the liquor industry in Punjab.