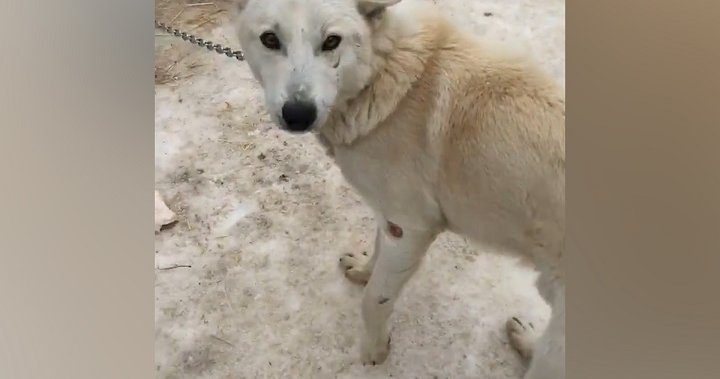 An Ontario tribunal has ordered the province to return 11 sled dog puppies that it seized, but decided it can keep more than 200 dogs because the animals would be returning to a “situation of distress.”

Four of the dogs have died in government care as the case made its way through the Animal Care Review Board, a quasi-judicial agency, which noted the deaths in its decision.

Windrift Adventures, a dogsledding operation north of Barrie, Ont., had appealed the province’s Animal Welfare Services seizure of 239 dogs on Sept. 23, 2021, along with the decision to keep them.

The board, which deals with disputes and appeals in animal welfare cases, heard the appeal in the fall.

“I find that ordering the return of the remainder of the dogs to the appellants at this time would be returning them into a situation of distress,” wrote review board member Lindsay Lake, who adjudicated the case, in her decision on Dec. 31, 2021.

Inspectors with the province’s Animal Welfare Services swooped in on two of Windrift’s properties, one in Moonstone, Ont., and another in Severn, Ont., in September.

On site, Lake wrote, inspectors looked at the lengths of the dogs’ tethers — the dogs live outside — and the insulation in the doghouses, and said Windrift was not in compliance with the law.

Then they took the dogs.

“Animal welfare is supposed to protect the animals and that’s not what they’re doing. Four of our dogs are dead.”

The tribunal previously heard at least two of the dogs died of a bacterial infection. Spottiswood said Animal Welfare Services told her two others died of cancer.

“They were all healthy when they took them,” Spottiswood said.

The government said the dogs got the bacterial infection from Windrift’s horses.

Brent Ross, a spokesman for the Ministry of the Solicitor General, which is responsible for Animal Welfare Services, confirmed the death of the four dogs in its care and said it returned 11 puppies to Windrift.

“As the matter remains within the appeal period, it would be inappropriate to provide further comment,” Ross said.

Spottiswood said they will appeal the decision.

Over the past two years, there have been 15 inspections at Windrift, the board heard.

The inspectors had long focused on the dogs’ living conditions — they live outside year-round in doghouses.

In February, Animal Welfare Services ordered Windrift to fix the doghouses and give them longer tethers — the dogs are hooked to chains that are connected to poles buried in the ground.

In June, the board found all the dogs at Windrift to be in distress. It found the outdoor doghouses weren’t insulated properly and the dogs’ tethers were too short. An appeal by Windrift was dismissed.

The board ordered Windrift to comply with the orders. On Sept. 23, the inspectors found Windrift had not made the changes and then seized the dogs.

Animal Welfare Services and Windrift agreed that the dogs were in good health at the time, but the board said the animals were deemed in distress because the insulation and tethers weren’t up to standards.

The inspectors’ decision to remove the dogs was “highly questionable,” Lake said, but ultimately she did not have to decide whether the provincial inspectors broke the law when it seized the dogs.

She said she only had to decide if the dogs would be returning to a situation where they would be in distress.

Inspectors cannot take animals solely based on non-compliance with orders, Lake said, but some of the evidence “highly suggests” that’s what happened.

The dogs must be returned if Windrift provides longer tethers and fixes in the insulation in its doghouses, Lake said.

The board found the provincial inspectors overreached when it seized four puppies, born after the board’s June decision, which she said were not in distress.

“I find that they should not have been removed,” Lake wrote.

Seven puppies deemed to be in distress at Moonstone property were living in a pen together with a wooden structure and a plastic barrel.

Lake said the standards of care were not being met because the structures “were not in a good state of repair.”

She said body camera footage from one of the inspectors “showed her scraping green sludge build-up off the inside of the wooden structure in the puppy pen.”

Those puppies were ordered back because Windrift had since cleaned the pen, Lake wrote.

“There is no evidence before me that returning these seven puppies to the appellants will cause them to be in distress or be exposed to an undue risk of distress,” Lake wrote.

As for Windrift, they remain out of business, unable to offer dogsledding.

“Our business is not operational,” Spottiswood said. “It’s not good.”