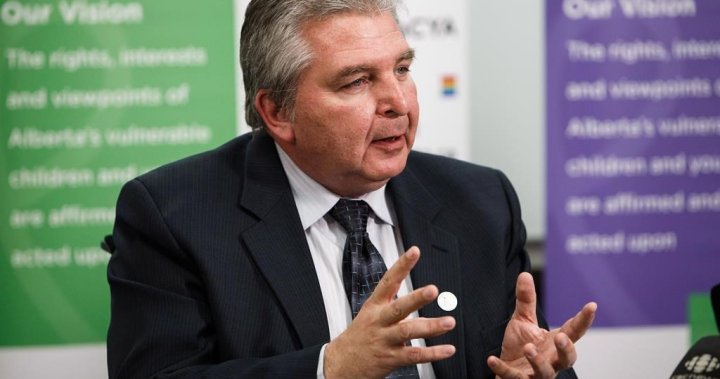 Alberta’s child and youth advocate is asking for more accountability when it comes to the province taking action on recommendations his office has made.

Del Graff has been the advocate for close to 11 years. He gave his final report before he retires to a legislative committee Tuesday afternoon.

The report covers his office’s activities from April 2020 to March 2021.

Graff told the committee there are areas he wants addressed to improve services for young people. The report includes six recommendations for the province.

“It is the only requirement for government, related to our recommendations,” Graff said.

He said that in 2017, the ministerial panel on child intervention and the standing committee on legislative officers called on implementation that would ensure accountability from the Office of the Child and Youth Advocate and government departments.

“We believe these calls for government accountability are much greater than what is currently reflected,” Graff said.

“Therefore we’re proposing that this annual review process focus on our office’s contributions and recommendations made and what the relevant ministries have done to address those recommendations.”

Graff also raised concerns about the overrepresentation of Indigenous young people in the child welfare system.

He said 31 years ago, the first annual report by the children’s advocate identified the issue.

“More than a generation later, this overrepresentation is worse now than it was then.”

Graff said that in 1989, Indigenous young people accounted for 40 per cent of all young people in care. Today it’s 71 per cent.

“The root cause of why Indigenous young people continue to be overrepresented in our child welfare and youth justice system must be addressed.”

The report says there were 81 notifications received regarding serious injuries or deaths of young people, a 31 per cent increase from the previous year.

Deaths of 6 young adults who had been in government care highlight ‘critical period’: Alberta advocate

The report also raises concerns about the opioid crisis and says young people are dying at an alarming rate.

The standing committee ultimately voted to conclude its review of the 2020-21 annual report.

In an email to Global News, the Children’s Services ministry said it will continue to review all the advocate’s recommendations and make any necessary improvements to ensure the safety and well-being of Alberta’s children, youth and families.

“The UCP’s unwillingness to co-operate and take responsibility for their actions on the recommendations made by the advocate, while in the shadow of a devastating year for children and youth receiving services, is appalling,” Children’s Services critic Rakhi Pancholi said.