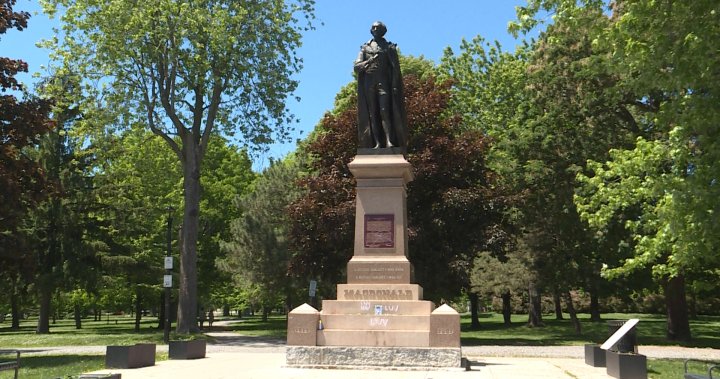 Tuesday, Jan. 11 marks the birthday of Sir John A. Macdonald, Canada’s first prime minister, who was born in 1815 in Glasgow, Scotland.

For years, people commemorated the day at his statue in Kingston’s City Park.

Those days are gone, as is his statue.

City council voted last summer to have it removed because of Macdonald’s role in the residential school system. The statue is currently in storage and a city survey will help determine if it will end up at the Cataraqui Cemetery, where Macdonald is buried.

“The cemetery has been clear that they were willing to accept the statue but they really wanted to make sure that the community, the Indigenous and non-Indigenous community would be supportive of that,” said Kingston Mayor Bryan Paterson.

City officials say Kingston city staff continue to analyze the survey information and a report to council is expected sometime in February.