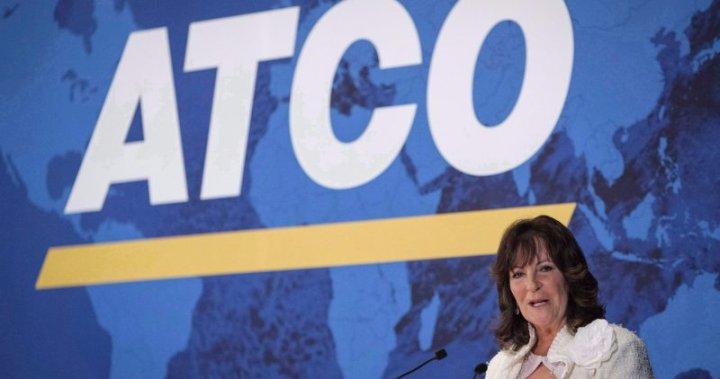 A group representing residential power consumers wants a seat at any discussions involving alleged illegal behaviour by one of Alberta’s main power providers and is asking the regulator to release all information involving ATCO‘s actions.

Jim Wachowich, lawyer for the Consumers’ Coalition of Alberta, said ATCO is trying to “deflect attention” by keeping the matter out of the public.

“This is a watershed event,” said Wachowich.

ATCO said it has already disclosed much information and is working with the commission to settle the matter.

In November, the Alberta Utilities Commission’s enforcement branch requested a hearing into its findings that ATCO Electric deliberately overpaid a British Columbia First Nation by millions for work on a new transmission line. It allegedly did so to secure lucrative contracts for another ATCO company to provide construction camps for the Trans Mountain Expansion oil pipeline project.

Investigators said the company then allegedly tried to pass the $12-million overpayment on to Alberta consumers, in violation of the law. They alleged company management was aware the arrangement was questionable and tried to cover its tracks.

In materials filed with the commission, the enforcement branch alleges that ATCO “violated (its) fundamental duty of honesty and candour … the duty upon which the entire regulatory system relies.”

ATCO has acknowledged it made mistakes and said the overpriced contract was entered into to help the First Nation build capacity in a new area of business.

In an Oct. 29 letter to the commission’s enforcement branch, company president Melanie Bayley said there was an offer of a $16-million settlement.

The letter and other documents recently obtained by The Canadian Press show that investigators and ATCO representatives agreed to meetings beginning this week, before the commission holds any formal hearings.

“Both parties would like an opportunity to pursue discussions to determine whether, or to what extent, it might be possible to resolve any aspects of the case,” said a letter from a lawyer for the enforcement branch to the commission.

Any proposed settlement would have to be approved by the commission.

But Wachowich argues the public must be represented at any talks involving a regulated utility.

“Granting us standing would indicate the broader public interest is being considered — we’re not just considering one side of the equation,” he said.

As well, his group is asking for all information collected by the enforcement branch and ATCO to be made public. That includes the results of an internal company probe.

“The biggest document is the one we don’t have,” he said.

Bayley said in an email that it’s normal for the commission’s enforcement arm to work with a company on a settlement.

“It’s typical for administrative penalty matters to be handled by a utility and the (commission) with no customer or intervener involvement, since only the utility is impacted,” Bayley wrote.

Bayley said a number of ATCO documents are already public. She said the company plans to release the internal investigation at some point, with commercial and personal details redacted.

Suncor and Atco working together on potential hydrogen project near Edmonton

“Again, this is normal in regulatory hearings and is granted by the commission all the time,” she wrote.

However, ATCO has also argued some information already made public should be removed from the record.

“AUC enforcement has disclosed certain commercial arrangements between unregulated entities that are not subject to the AUC’s jurisdiction and has done so without their permission and in conflict with the express confidentiality provisions of these agreements,” said a letter from the company’s lawyers.

In another letter to the commission, ATCO chairwoman Nancy Southern said the overpriced contract was issued out of an “entrenched and important” respect for Indigenous communities.

“This had an important impact on the decisions made,” she wrote.

The documents filed by the enforcement branch alleged the First Nation took ATCO’s cheque and subcontracted the work to another company at a lower price. The same documents alleged ATCO managers knew that would likely happen.

“At that point, you’re not trying to build capacity, you’re trying to curry favour,” said Wachowich.

“They breached a very important standard.”

Utilities commission spokesman Geoff Scotton said there are no mandated timelines for resolving the issue.

The investigators have asked the commission to force ATCO to refund the money it received from rate increases due to the overpriced contract as well as impose administrative penalties. Those penalties can be as high as $1 million per day per offence.