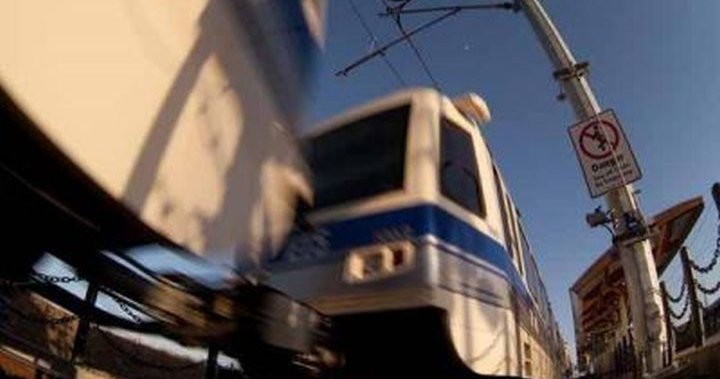 Unions representing Edmonton peace officers are sounding the alarm about the city’s ability to provide safety and security in public places — especially on the transit system.

“We’re seeing an increase in criminal activity on the system — on weapons calls [and] on drug overdose calls.”

It’s been sparked by what the unions said is a scaling back of LRT patrols by Edmonton Police and absences caused by COVID-19.

“Between the lack of authority, the lack of equipment, the lack of support from the police — it’s a very difficult situation for our peace officers on the LRT system,” Bradshaw said.

Absenteeism is so high there are talks of bringing in CUPE peace officers, who are not trained for this type of work, to help public transit officers.

“They’re not equipped with all the information that might make it safe for them in the workplace,” CUPE Local 30 president Eric Lewis said.

“By going to the trains to help out the [public transit officers] there’s going to be gaps within our own services.”

Bradshaw noted this is not an ideal long-term solution in any situation.

“There still won’t be enough to bring it up to a full complement of peace officers down there,” he explained.

“People are demoralized they’re heavily stressed. They just need to get away from the job sometimes to allow themselves to heal.”

The Edmonton Police Service said it’s also concerned about crime and disorder in the transit system, and it has not reduced patrols in the LRT.

“The EPS continues to respond to calls for service across the city as always, including on the transit system; this has not changed. Safety is the EPS’ number one priority,” EPS spokeswoman Cheryl Voordenhout said.

“The suggestion that EPS officers are ignoring criminal activity is baseless.”

EPS noted since the loitering bylaw was repealed last year, calls for service in transit stations have grown.

“The severity of violence per offence is three times higher than any other part of the city,” Voordenhout added.

The EPS said the model for safety in the transit system needs to change and it’s been calling for change for more than two years.

Edmonton Police Service to receive less funding than expected in 2022

“While police officers cannot be in every transit location 24/7, the City of Edmonton has dedicated peace officers and commissionaires, and the EPS will provide support as required. The EPS has an obligation to ensure services are also provided for the entire city where peace officers and security are not available.”

In response to the staffing impacts, the City of Edmonton said it, “has formally requested extra duty detail resources for support from the EPS as of Jan. 6, 2022,” spokesperson Adrienne Cloutier said in a statement to Global News.

The city also pointed to the launch of the Community Outreach Transit Teams (COTT) in September — a partnership with city and the Bent Arrow Traditional Healing Society.

The goal is to build relationships and connect individuals within the transit system to specialized community services and support to increase safety and reduce harm.

“COTT has two vans to take individuals directly to services. At this time, two teams operate Monday through Friday and will be joined by two more teams next summer,” Cloutier explained.

“The city will be adding two more transit peace officers to provide support to our Community Outreach Transit Team and the dedicated bus service to shelters during extreme cold.”

1:59
Crime severity up at Edmonton transit centres and shelters

Crime severity up at Edmonton transit centres and shelters – Apr 7, 2021