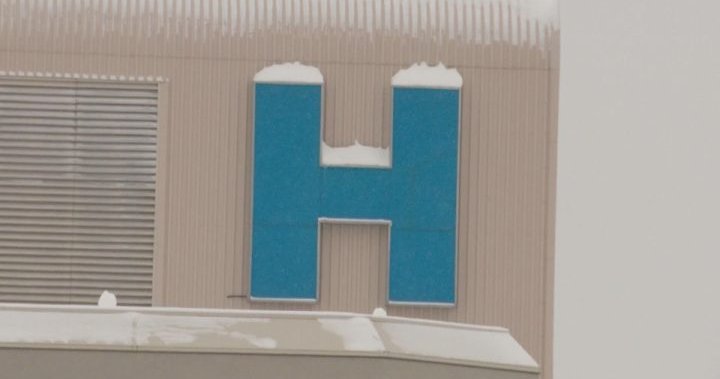 A central Alberta family is speaking out after their father with dementia was sent home from the hospital — but never arrived.

“They called my mom past noon — the doctor said she might be releasing him,” she explained.

Family members were unable to pick the senior up for several hours, so after discussing transportation options a ride was arranged with Eagle Taxi to take her dad to his home — Wetaskiwin’s Sagebrush seniors’ supportive care home.

“It is not unusual to use different transportation options, including taxis or non-ambulance transfer vehicles when available, to support patients in returning to their residence when they are discharged from hospital if family is unable to assist them,” Alberta Health Services said in a statement to Global News.

Hogarth said the drive from the Wetaskiwin Hospital to Sagebrush takes about five minutes and her mom was waiting for her dad’s arrival.

“She waited and waited,” Hogarth said. “She was worried because it was taking so long.”

That’s because Palmer was dropped off at his former home instead — where no one was at home.

Neighbour, Jake Driedger, said he saw the senior get out of the cab and walk up to the house.

“Which I thought was a bit odd,” Driedger explained.

“But there was a taxi there, so I’m thinking well, somebody is here looking after Mike coming into his house.”

A while later, Driedger said he was working in his heated garage when he heard what sounded like someone trying to get into his house. It was Palmer, so he let him inside.

“30 to 40 minutes in minus 20 something weather with the wind, dressed the way he was in hospital — pajamas and slippers,” Driedger said.

Hogarth said she’s very grateful to the former neighbour, “In my eyes, he’s a hero.”

“If it wasn’t for him this would have been a completely different story.”

Another cab was quickly called to pick Palmer up and bring him to Sagebrush.

“It took them about 15 minutes in a hot shower to warm him,” Hogarth explained.

“The next day he had blisters around his lips and on his ears.”

Global News spoke to an employee of Eagle Taxi who told us they had several hospital pick-ups that day and the driver was unaware of Palmer’s condition and the hospital’s directions.

According to AHS, it’s been working with the family to address their concerns.

“Despite the patient’s address being provided at the time of transport, there was a communication mix up between the taxi driver and the patient that resulted in the patient being delivered to a different location,” the AHS stated.

“The whole thing has been so overwhelming and upsetting for my family on so many levels,” Hogarth said.

“It’s hard enough to watch somebody you love degrade slowly, every day.”

Hogarth hopes the hospital will look at what happened in her dad’s case in hopes of preventing this from happening to any other family.