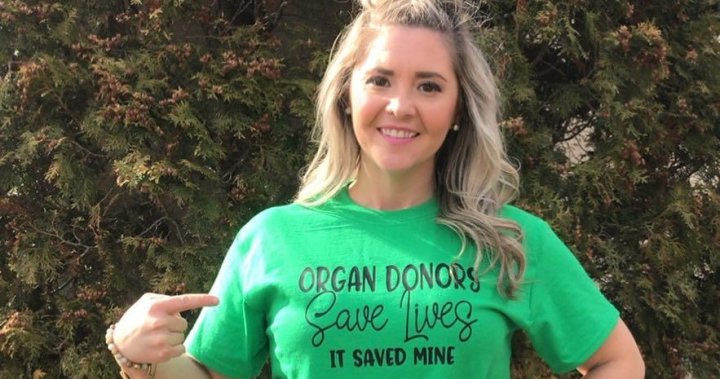 A licensed practical nurse from Saskatchewan is making a “remarkable” recovery after receiving her second liver transplant.

According to a social media post, Krystal Graham had her intubation tube taken out Friday morning and is breathing on her own.

“We finally got [the] miracle day we’ve all been praying for,” the post from Melissa Fiacco, a media liaison for the family said.

Graham’s kidneys have started to function and her “liver’s numbers are coming down”, which is a good sign.

Graham is doing well, according to a family social media post.

“She was able to eat a few ice chips today, and her lung and liver function are good. She’s having a quiet day to rest.”

“Krystal is exhausted from her night, however, is starting to sit up and even given a chance to stand with support today. They did an X-ray today and the lungs are looking good,” a post from her sister, Korrin Rieger added.

According to a news release sent earlier this week, Graham received the call she had “desperately been waiting for” on Dec. 30, 2021. A liver donor match became available.

The 37-year-old from Saskatchewan had her first liver transplant in 2008.

Within hours of getting the call, Graham boarded an air ambulance to Edmonton and was admitted to the University of Alberta Hospital’s Adult Liver Transplant Program.

After a 14-hour surgery, Graham was admitted to the Intensive Care Unit in critical condition — in a medically-induced coma.

The surgical team was unable to complete the transplant procedure due to major bleeding. On Jan. 2, the rest of the procedure was completed and the team was able to attach the donor liver to Graham’s bile ducts.

Graham is an advocate for organ donation and has appeared in the media a number of times. After giving her first interview in early September, 746 people joined Saskatchewan’s Organ & Tissue Donor Registry, compared to 216 the month prior.

Residents can visit givelifesask.ca to join the registry and are encouraged to talk to their loved ones about their wishes to consent to organ donation.