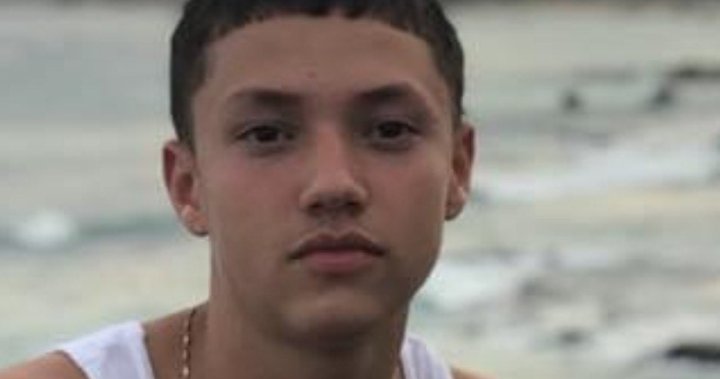 Police have identified the victim of a fatal shooting in Langley on Friday, and confirmed that a second person was also hurt.

The Integrated Homicide Investigation Team said Saturday that 18-year-old Julian Moya Cardenas, a Langley resident known to police, was shot dead around 1:30 p.m. at the intersection of 202 Street and 88 Avenue.

Police said a bystander was also hit during the shooting, and taken to hospital with non-life-threatening injuries. Police are not releasing the second victim’s identity.

A witness to the shooting, who Global News is not identifying to protect their safety, said the bystander was his brother, and was struck in the leg.

The witness said he and his wife and two young children were in the area when their car broke down, and that he’d called his brother to come help push it out of the way.

The two brothers were pushing the vehicle when the one who had come to help was hit, he said.

Innocent bystander struck by bullet during fatal shooting in Burnaby

IHIT said it believes Cardenas’ killing was targeted, and that detectives are looking to speak with anyone who knew him, his activities or his associates.

Police remained at the scene of the shooting, collecting evidence on Saturday.

Anyone who witnessed the shooting or shot video in the area at the time, or with information related to the case, is asked to contact the IHIT Information Line at 1-877-551-IHIT (4448) or by email at [email protected]