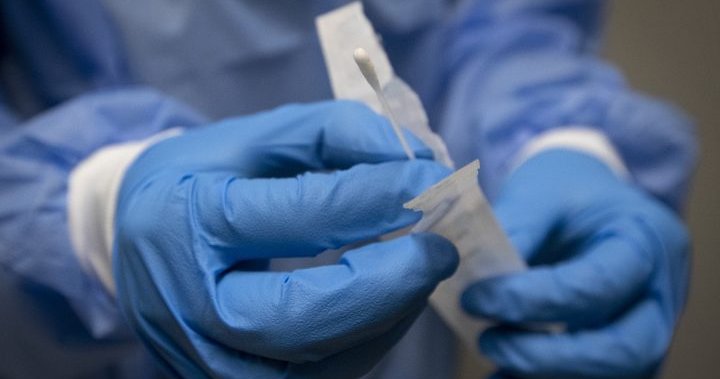 OTTAWA — The chief of Bearskin Lake says the remote northern Ontario community is “almost at a breaking point” after half of its population tested positive for COVID-19, as he renewed his call for immediate federal help.

Chief Lefty Kamenawatamin joined other Indigenous leaders at a news conference Friday to ask ministers to send urgent aid including staff to distribute essential supplies such as food, water and wood for stoves to keep residents warm in freezing temperatures.

“We need the help now and boots on the ground,” he said.

The First Nation is in a state of emergency as COVID-19 has infected 201 of its 400 residents, including elders and a nine-month-old baby. The outbreak has meant that a large proportion of the community is isolating.

Feds promise to do all they can for Bearskin Lake in Ontario, but no word on military help

There are now only around 30 front-line workers in the community able to deliver essential supplies to people forced to isolate because they or family members have tested positive, Kamenawatamin said.

Around 80 per cent of the population is vaccinated, but it is short of testing kits, places to self-isolate and other crucial resources, the chief said.

A spokesman for Indigenous Services Minister Patty Hajdu said a request for military aid was received via the province of Ontario on Thursday night, which the federal government was now urgently considering.

“The federal government is working as quickly as it can to act on a request for military assistance,” said Andrew MacKendrick.

He said that in the past, the Canadian Rangers, a military reserve with a presence in remote and northern areas, has helped many First Nations communities and could be “one of the resources that could be available here.”

Fox was sharply critical of what he called a “dismissive attitude” by federal ministers.

“Because we are a remote First Nations people don’t give a damn,” he said. “Truth and reconciliation — where is it?”

Fox said that if the scale of the outbreak had been in Toronto there would have been a national outcry.

He indicated that $1.1 million in funding had been made available by the federal government but this would only cover the cost of charter planes to the remote fly-in community.

Frank McKay, chairman of the Windigo First Nations Council, a coalition of chiefs representing several communities including Bearskin Lake, said the community’s doctor had predicted that COVID-19 cases would continue to rise.

He said the struggling community was now in need of urgent mental-health support to help them cope with the unprecedented crisis.

McKay criticized the government for taking too long to respond, adding that, as Canadian citizens, people from Indigenous communities deserved “the same rights as all Canadians.”

“We, as remote First Nations, are beggars in our own land,” he said.

NDP MP Charlie Angus, who convened the news conference, said it “should not be that hard for the federal government to send in help.”

“People in Bearskin Lake are completely overwhelmed in trying to get essentials like wood for heating homes and groceries to people who are isolating,” Angus said.

“They are in desperate need of help so that they can get through these next few days and weeks. The Liberal government needs to stop dragging their feet and help this community urgently.”

Grand Chief Derek Fox of the Nishnawbe Aski Nation said Bearskin Lake had received offers of help, including from other Indigenous groups and doctors. But federal help was needed and they should “cut the red tape” and respond, he said.

Ontario Regional Chief Glen Hare praised Kamenawatamin for his leadership during the COVID-19 outbreak and urged the government to immediately deploy the Canadian Armed Forces to help the struggling community.

He said Armed Forces should remain on “standby” to help other First Nations communities in coming weeks and months.

Intergovernmental Affairs Minister Dominic LeBlanc said at a news conference in Ottawa earlier Friday that the government will do whatever it can to support Indigenous communities, such as Bearskin Lake, facing COVID-19 crises.

LeBlanc said fellow ministers are in frequent contact with their provincial counterparts to co-ordinate aid.

Nicolas Moquin, a spokesman for Indigenous Services Canada, said it was working closely with Bearskin Lake First Nation leadership and other local bodies to support the community.

The department said it had deployed a rapid response team to help, including three registered nurses, and a paramedic. Three nurses from other First Nations were also there, as well as three people to help community members chop wood for fuel, it added.

Indigenous Services Canada said that in December the government approved funding for isolation supplies and $1.12 million in additional funding for community needs.

Health Minister Jean-Yves Duclos said Hajdu is in daily contact with leaders of Indigenous communities to make sure they have enough rapid tests, tracing support and vaccines.