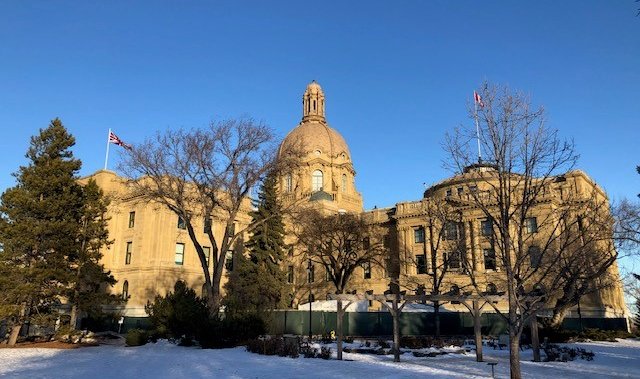 The province used to offer financial help to help victims of serious crimes in Alberta for things like counselling and court costs through its victims of crime fund.

The province ended applications for that in June of 2020 when it made major changes to the fund but promised a new program for victims would be ready in 2021. However, it is still not ready yet.

Victims can apply for supports through an emergency fund, but are only eligible if they apply within 45 days of the crime happening.

“So you’re going to have these people out there suffering enormous trauma (and) falling through the cracks,” she said.

“It’s just the message that we are sending to these individuals is that our government is not prioritizing their health and healing.”

James said in the past year and a half, SACE’s waitlist is only getting longer but the centre will continue to do its best to meet the extensive needs victims have.

Global News spoke to a survivor who we are not identifying because she was the victim of a sexual assault. Her assault occurred in 2014 but she didn’t report it until two years after it happened. Under the terms of the victims of crime fund then, two years from when the crime happened was the limit.

She feels if two years wasn’t enough time for all victims then, the 45-day limit now is really falling short.

“I don’t know how they can pretend any of these changes were for victims’ benefits when they didn’t make any changes that make accessing the fund easier for victims,” she said.

“The process of getting through a sexual assault case is already so incredibly difficult and just absolutely uproots your life in any possible capacity, and the fact that instead of trying to help victims they somehow made it even worse on us is just inconceivable.”

1:58
Alberta loses protections on fund for victims of crime

Alberta loses protections on fund for victims of crime – Jun 26, 2020

The province said it is continuing to work on a new model and information should be available early this year.

The province said it changed the old program because victims came to them and said it was difficult and slow to access. It is expanding the fund to include other initiatives to prevent crime.

“Under the previous financial benefits program, which ended when legislation changes came into force on June 26, 2020, victims of serious and violent crime who experienced physical and/or psychological injuries were provided benefits to help them recover,” reads a statement from the Alberta Justice and Solicitor General’s office. “However, we heard firsthand that this program could take too long to access and didn’t always provide enough urgent assistance for those coping with trauma.

“Albertans have also told us there are gaps in the services and support for victims of crime, which is why we are developing a new model to make sure victims have the help they need.”

The government said it established a working group to consult with Albertans and key stakeholders on creating a new victims assistance model.

“We’ve reviewed the information collected by the working group and are currently in the latter stages of developing how we will continue to support victims of crime into the future,” the government said.

The province said all victims of crime continue to have access to many resources offered by their local victim service unit.