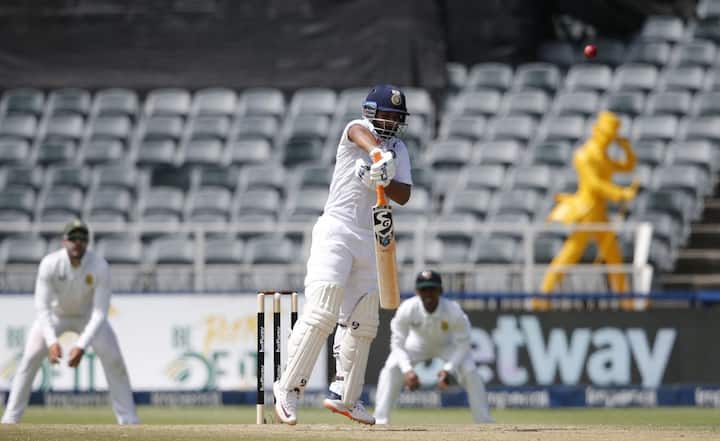 India was defeated comprehensively in the second Test match by South Africa by chasing down 240 by only losing three wickets. The target, though, could have been much higher, but India’s batsmen slipped in the third innings after Pujara and Rahane got out in quick succession.

Rishabh Pant, the explosive wicket-keeper batsman also got out while trying to play an expansive shot over the covers, but instead got out edging the ball. It was a crucial stage in the match when India could have extended their lead much more, especially when there was no pressure from the Proteas bowlers. Pant was only facing his third delivery.

Coach Rahul Dravid, in a post-match interview, said that he will have a conversation with Rishabh Pant about his shot selection.

“We know Rishabh is a positive player and he plays in a particular manner which has gotten him success. But yeah, of course, there are times, we will have a level of conversations with him around, it is just about the timing of that shot you know. No one is going to tell Rishabh not to be a positive or aggressive player. Sometimes it is about choosing the timing to do that,” said Dravid while replying to an ANI query during a virtual press conference.

Dean Elgar spearheaded a record chase of 240, helping South Africa clinch a series-levelling win over India in the second Test at the Wanderers on Thursday. Dravid did not shy away from appreciating Elgar’s performance.

“Dean Elgar played well, you need to give him credit. He stuck it out there, both the Test matches, he stuck out there, fought through some difficult periods and we beat his bat quite a few times. We have beaten the bat, we just have not been lucky. Credit to him, in spite of not looking very comfortable he stuck it out there and he showed determination to fight his way through. As I said, he really showed great character to keep fighting,” said Dravid.