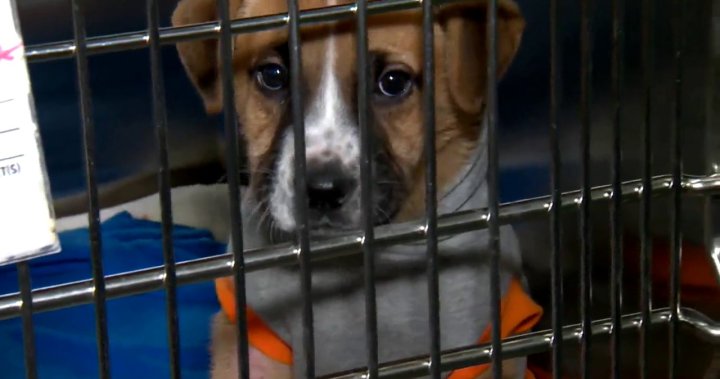 Local animal rescue organizations say they are already benefiting from an initiative inspired by the late Hollywood icon Betty White.

As a way to honour the beloved actor on what would have been her centennial birthday celebration on Jan. 17, the #BettyWhiteChallenge has emerged.

The social media-driven challenge encourages people to donate $5 or more to their local animal shelter or rescue on Jan. 17.

The late actor was known for her advocacy for animal causes and spent much of her time raising money for shelters and animal rights organizations.

While the challenge’s official date is still a few days away, animal rescue organizations in Alberta say they have already seen a boost in donations.

“We also just got word maybe an hour ago that one of our donors is going to be matching donations for the #BettyWhiteChallenge up to $1,000. So at $5 each, 200 people will make another $1,000 towards helping homeless animals.

“So that was pretty exciting news that we got from our donor.”

The CEO of the Edmonton Humane Society said they too have already seen a number of people making donations in White’s honour.

“It really means a lot to us,” said Liza Sunley, adding about 70 per cent of the revenue brought in each year at the EHS comes from donations.

“We’ve been really excited to see these donations coming in in Betty White’s honour and we do expect to see them continuing to come in and increase.”

The EHS has a personal connection to White.

In 2011, the actor filmed a commercial for an animal welfare foundation with a dog named Yogi. Through an organization called California Cuties, the dog ended up being transferred to Edmonton from California and adopted out through the EHS.

“It’s just a really interesting sort of connection that we have with Betty White,” Sunley said. “We have felt Betty White’s support and her presence for some time.”

Both organizations rely heavily on donations to do the work they do, and say the funding boost couldn’t have come at a better time.

“In January we see a huge drop off in donations,” Thompson said. “Around Christmas it’s quite good and after Jan. 1 we don’t see much of anything, so this is going to be a really nice bonus for us.

“The funds are going to go to helping so many animals. We are overflowing with dogs right now here in the shelter, there are so many animals in need. With this cold weather, we’re trying to get in as many as we can.

“It was really touching for people and it’s been touching for us, certainly, to receive the donations and hear from those individuals who have been touched by her,” added Sunley.

“We’re so dependent on the community and we’re so grateful that they continue to be supportive of our work for so long. And it means a lot to see these donations coming in. We are very dependent on donations to do the work that we do and so, every dollar, every donation that comes in really means a lot to us.”