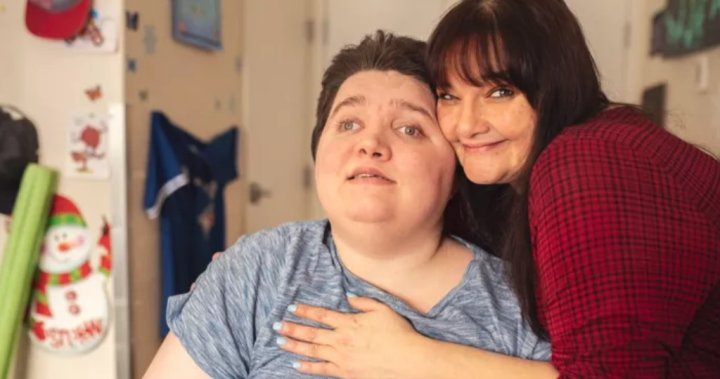 Jessie Simpson of Kamloops, B.C., will have a little of his old life returned to him later this year, when he defies expectations yet again and heads home for the first time in nearly six years.

“I didn’t think he would ever come home,” Sue, Jessie’s mom, said from her house in Savona, which has been modified greatly in recent months to mimic the functionality of a hospital room while still offering the comforts of home.

“I sat here when he got hurt and I cried,” Sue said. “And I thought my son’s never going to come home.”

At 23 years old, Jessie has been in a care facility generally reserved for the elderly going on five and a half years, recovering from a June 2016 attack that left him without the ability walk and, for a time, talk.

“(He) was basically left for dead in a puddle of blood,” Sue said. “His skull cap was smashed unsavable … he suffered a stroke.”

He had wandered through Kristopher Teichrieb’s yard in Kamloops that night after a high school grad party and the 39-year-old mistook the teen for a thief, chased him down and beat him with his fists and a baseball bat.

Teichrieb pleaded guilty to aggravated assault in 2018 and was sentenced to seven years in prison. He has been living in a halfway house since his statutory release in April, something that doesn’t sit well with Sue.

While she marvels at her son’s will to survive and heal she can’t help but lament that her son lost his chance to live his life, get a job and have some adult experiences.

That said, getting Jessie home for weekends starting in March is a step in a direction she’s been striving toward since the day he crossed paths with Teichreb.

Sue got a van to transport him, put a cement landing outside, a new screened deck, wheelchair ramps, new floors and a lift in the living room for Jessie.

It’s all been made possible from friends, volunteers, donations from people who have heard Jessie’s story and wanted to help.

“The community came together to help, and that’s so appreciated,” she said.