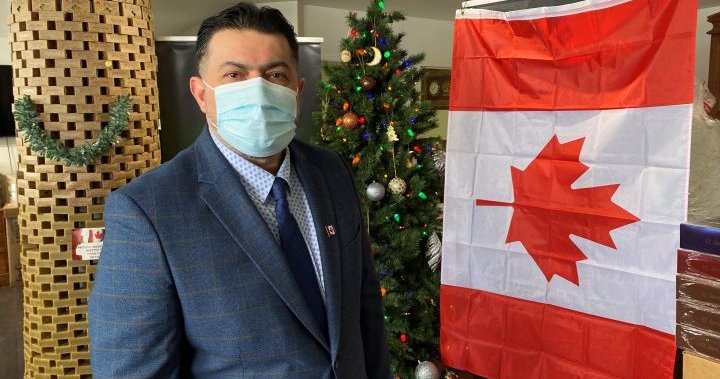 “It’s a huge day for me and for my family,” Abdulfatah Sabouni said.

COVID-19 restrictions meant the citizenship ceremony happened via Zoom, so Sabouni and his family became citizens at home Wednesday morning.

“I am so proud and so grateful I got the citizenship,” Sabouni said.

It’s a big step forward in a tough journey.

Sabouni set up his soap company, Aleppo Savon, after coming to Calgary as a refugee.

By making soap, Sabouni is carrying on a family tradition that goes back 130 years in Syria.

“My family name is Sabouni, which means ‘the soap maker,’” Sabouni said.

Syrian refugee finds success and a new home in Calgary

Sabouni had been forced to shut down his soap factory in the Syrian city of Aleppo and flee the fighting in the country.

“I lost everything in the war,” Sabouni said.

Sabouni has been gradually rebuilding his business in Calgary, suddenly finding himself dealing with the COVID-19 crisis.

Aleppo Savon has been surviving by selling online to customers all over North America and by getting its soap into Alberta supermarkets.

“Most of the people love to support local businesses,” Sabouni said. “Canada gave me everything, and my kids now have a future.”

Sabouni is now donating proceeds from sales of one of his soaps to the Canadian Red Cross, to support its work helping refugees.

“To give back a little bit to Canada,” Sabouni said.

“This country gave us hope, after everything that we’ve been through. We love this nation.”