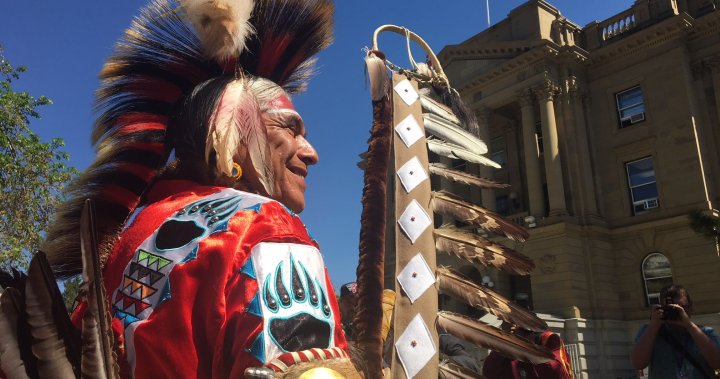 The Sixties Scoop Indigenous Society of Alberta (SSISA) feels it was left out when it comes to accessing new funding.

In December 2021, the Sixties Scoop Healing Foundation announced eight Indigenous organizations will get just over $1 million in funding under the foundation’s 2021 Pilot Grant Program.

The SSISA, however, was not one of them.

“We’re talking about thousands of people in Alberta shut out of a process that nobody was aware of,” said Sandra Relling, president of the SSISA.

“We thought that perhaps it might be upcoming, so we were waiting for some sort of feedback either on their website or through the emails we sent to the organization looking for information on the process.”

The SSISA has been around since 2017 and supporting survivors, education and advocacy ever since.

“We’ve been waiting five years for any kind of meaningful funding to roll out the door,” Relling said.

Its survivor-led, volunteer board of directors was appointed in November 2020.

“Our mission every day is to ensure that Sixties Scoop survivors, their families and descendants have a safe and secure community filled with healing,” said Dr. Jacqueline Marie Maurice, CEO of the foundation.

The foundation sent out invitations to organizations across Canada to apply for the 2021 Pilot Grant Program.

“Through our grants process we work very closely with a consulting firm and we communicated almost daily with them to determine what the criteria would be — how we would move forward in a good way,” Maurice said.

“The pilot startups grant only had a three-month startup time and we have done our best to distribute the resources. We are going to learn many, many lessons as well as many teachings going forward.”

Maurice said the foundation did not exclude anyone.

“It’s not about being excluded whatsoever,” Maurice explained.

“There were two organizations in Alberta that were identified from our external consultants and one was the Cold Lake Friendship Centre, as well as the Sixties Scoop Indigenous Society of Alberta.

“When the call went out, we did not hear back from Cold Lake and then we have not heard back from the Indigenous Society of Alberta.”

Relling said the process needs to be more transparent.

“Survivors have waited five years for this money to start going out the door — organizations that support survivors,” she explained.

“The SSISA is the only organization in Canada — funded organization — established specifically to support Sixties Scoop survivors.”

Maurice underscored this is a pilot program and the foundation is relatively new. She said this won’t be the last opportunity for funding.

“Our hope is to have by spring, early summer a second call for grant applicants,” Maurice said.