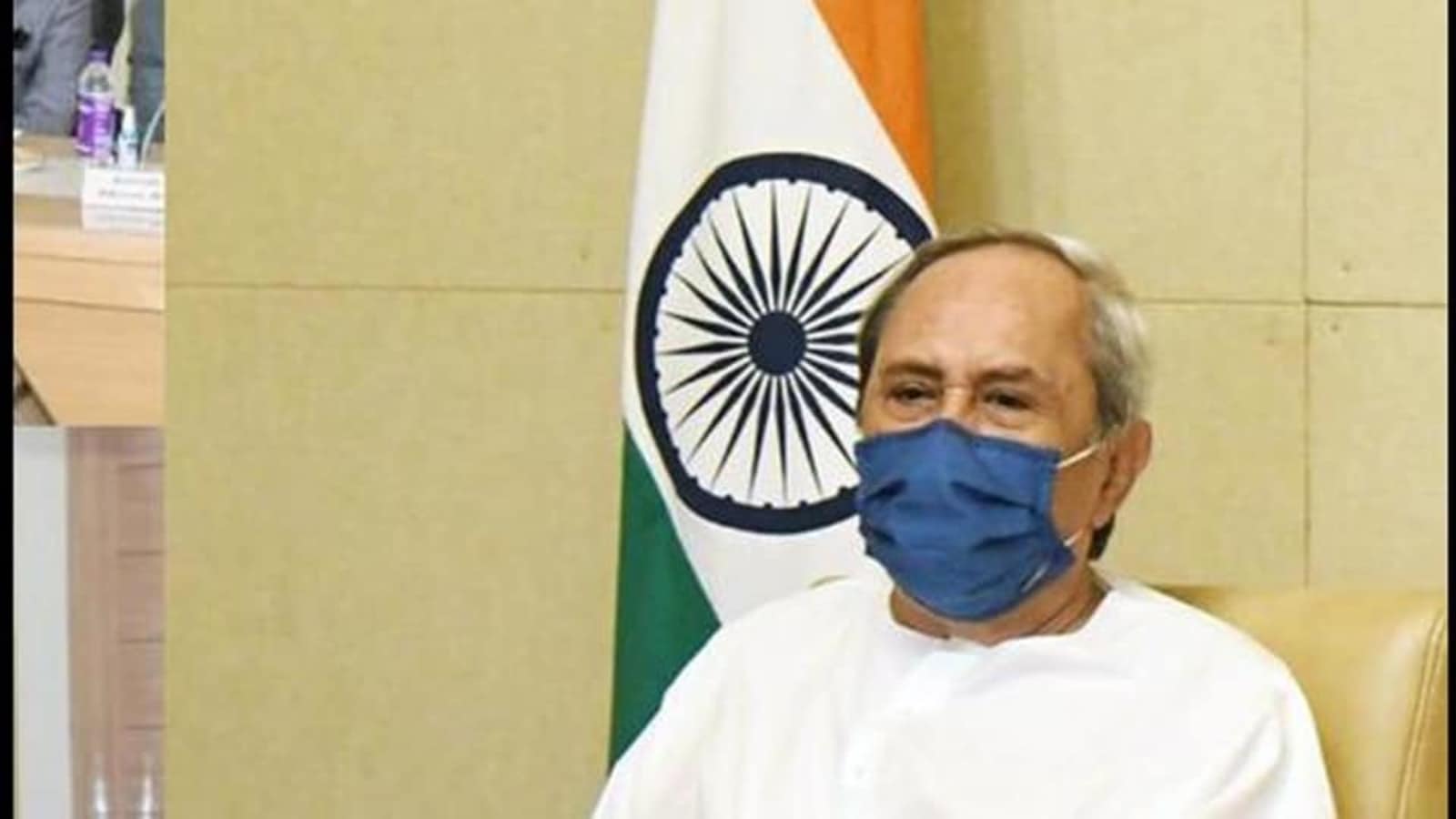 When he arrived in the coastal state of Odisha in April 1997, after the death of his father Biju Patnaik, no one would have given the gangly and taciturn Naveen Patnaik even half a chance to rule the eastern Indian state of Odisha for more than two decades.

By all means, the youngest son of Biju babu was just the opposite that everyone in Odisha knew the former chief minister as — flamboyant, brusque, and whimsical. Naveen, unlike his father, spoke little and mostly kept to himself.

Many thought the man who hobnobbed with Mick Jagger and was a regular member of Delhi’s socialite circle would find it tough in the rough and tumble of electoral politics. What was worse was his inability to speak Odia, the lingua franca of Odisha that was the first state in India to be formed based on language.

The birth and growth of the BJD

In the first election that he fought in May 1997 — the Aska Lok Sabha bypoll necessitated due to Biju Patnaik’s death — as the candidate of erstwhile Janata Dal, he did little apart from waving hands at the people of Aska while delivering his speeches in Hindi sitting on the bonnet of an open jeep and reminding the voters that he was the son of the former chief minister. Naveen defeated Ramachandra Rath of the Congress thanks to CPI’s decision not to field a candidate who would otherwise have cut into the anti-Congress votes. Around six months later, he broke away from the JD to form the Biju Janata Dal (BJD), named after his father.

Twenty-five years later, Patnaik continues to head BJD, one of the most successful regional parties, and is currently the longest-serving chief minister who has been in power without a break since 2000. Last month, while addressing the party workers through video conference during the 24th Foundation Day of BJD, he said the party will work for the people of Odisha for the next 100 years. “Born with the vision of the legendary Biju Patnaik, the BJD has now turned into a social movement. The party is a symbol of the trust and belief of 4.5 crore people of Odisha,” he told the party workers.

Though not as active as he was at the beginning of his political life in 1997, Patnaik in 2022 continues to defy all prophecies of his electoral decline as BJD continues to be the biggest political force of Odisha, winning five assembly elections on a trot since 2000 and bucking the Narendra Modi wave in 2014 and an aggressive Bharatiya Janata Party (BJP) in 2019 election. The BJD has also become the most successful regional party in the history of Odisha surpassing the likes of Ganatantra Parishad started by RN Singh Deo, Jana Congress led by Harekrushna Mahtab and Utkal Congress led by Biju Patnaik.

So what explains the stunning success of Patnaik for more than two decades when anti-incumbency has been the bane of most parties?

In a state where even the wiliest politicians have been humbled at the hustings after a couple of terms in power, Naveen has never been out of power for the last 22 years. He has been an astute reader of popular aspirations and dynamic political situations like no other politician in the state. From consolidating non-Congress votes by tying up with BJP in 2000 and 2004 polls to dumping alliance partner BJP in 2009, very few have mastered the art of realpolitik like him.

While he partnered with the BJP in 2000, in 2004, he preponed the assembly polls by a year to coincide with the Lok Sabha polls, convinced that the popular support for then PM Atal Bihari Vajpayee in the Odisha countryside would help him come to power again. In 2009, he dumped the BJP just ahead of the polls secure in the knowledge of the depleting electoral base of the saffron party.

“Call it an X factor or his political acumen, when it comes to sizing up political opponents or assessing a political situation, Naveen Patnaik has no peers in Odisha. He never takes a wrong step and has thus come out unscathed in most difficult situations,” said Satya Prakash Dash, a political science professor in Sambalpur district.

The image of being “Mr Clean” has also helped him in no small measure. In a state where politicians are known to be corrupt and nepotism is rampant, he has successfully cultivated the image of a man miles away from corruption. The extended family of late Congress chief minister JB Patnaik, who ruled Odisha for almost one and half decades, benefitted largely from his reign.

The family members of several other senior Congress leaders such as Basant Biswal have been immensely benefitted. But few would digest any such accusations against Patnaik. Scores of his party leaders may have been accused of corruption with a few of them arrested in the multi-crore chit fund scam by the Central Bureau of Investigation (CBI), no one even believes him to be corrupt. The symbolism of a bachelor living without a family has not been lost on the voters. His periodic tirades on corrupt officials as well as party colleagues have burnished his reputation as a man who hates corruption. “We may accuse him of inefficiency or anything, but not corruption. People would not believe the charges of corruption against Naveen Patnaik, the person,” observes CPM leader Ali Kishore Patnaik.

Another reason behind Naveen’s win is his successful delivery of government schemes despite the typical bureaucratic passivity that plagues the government machinery. When he began his innings as chief minister in 2000, Odisha and Bihar scraped the barrel of development. Battered by a super cyclone in 1999 October that left over 10,000 people dead, Odisha struggled even to pay salaries to its staff on time. But adoption of several fiscal prudence measures as well as incremental efforts in making the state prepared for disaster has served the state well.

However, that does not take away from his popularity as he has delivered in schemes like rural housing having converted over 26 lakh kutcha houses of all poor families in the rural areas to pucca houses between 2014 and 2020. His government runs at least 36 welfare schemes including pucca houses for rural people, rice to poor at ₹1 per kg, all-weather roads for villages, free bicycles, and uniforms for Scheduled Caste/Scheduled Tribes students, increased pensions for old and infirm and schemes like Mission Shakti launched in 2001 to organise housewives in villages into self-help groups (SHGs) has led to economic empowerment of over seven million women. Since August 2021, he began distributing smart cards under Biju Swasthya Kalyan Yojana through which women beneficiaries can be treated free of cost up to ₹10 lakh at private hospitals while men would get treatment free up to ₹5 lakh.

“He is getting elected again and again because people see him trying to better their lives. They realise that what he promises is delivered,” said BJD leader, Amar Prasad Satpathy.

While his people-centric policies have been instrumental in his successive re-elections, what is often not appreciated is Naveen Patnaik’s ability to be on the good books of whichever party is ruling at the Centre. Between 2000 and 2004 when Atal Bihari Vajpayee was Prime Minister, the BJD was in alliance with BJP until he cut ties with the party just before the 2009 assembly polls. From 2009 to 2014, when the Congress ruled the country, his personal equations with several Congress leaders ensured that all of them praised his administration much to the discomfiture of the party’s state unit. After the BJP rode to power under the leadership of Narendra Modi in 2014, he has been on the same page as the Centre on several issues, often breaking ranking with Opposition parties.

“He has always got the best whichever party is at Centre. The BJP may be having a bitter fight with BJD in the state, but he manages to wangle out the best deal from the Centre compared to neighbouring states like West Bengal. On major policies including farm laws, BJD has preferred to walk out from the House rather than oppose it, ” said Gyana Ranjan Swain, political science professor in Cuttack.

But perhaps the biggest reason for his electoral success is his hunger to win elections, be it routine bypolls or panchayat polls. The desire to trump Opposition parties in elections has led him to shower sops in plenty. While he announced ₹2 per kg rice scheme for people below the poverty line ahead of the 2009 assembly polls, just before the 2019 polls, he announced the cash assistance scheme for farmers called KALIA (Krushak Assistance for Livelihood and Income Augmentation) distributing ₹10,000 a year to 36 lakh farming households and ₹12,500 a year to 10 lakh landless agricultural households which ensured that the party does not lose in at least one-third of the 147 assembly seats.

The biggest challenge before him now is the panchayat polls likely to be held next month. Snapping at the BJD’s heels is the BJP, which has been steadily rising after posting an impressive performance in 2017 panchayat polls winning nearly 300 of the 851 zilla parishad seats. Many thought the BJP’s improved performance in the 2017 panchayat polls was due to Naveen skipping the campaign trail. Despite his rising age and health issues, he has already hit the ground running, distributing smart health cards under Biju Swasthya Kalya Yojana. This week, he increased the pay of over 33,000 junior teachers in schools by over 50% while regularising jobs of over 8,100 contractual teachers in schools.

Last month, he announced a cash assistance of anything between ₹3,000 and ₹5,000 to repair their homes as well as ₹1,000 cash assistance for the beneficiaries of the National Food Security Act. Though he has never played caste politics, Naveen has planned to give 40% of the tickets in panchayat polls to Other Backward Classes (OBC) candidates to check the rise of an aggressive and assertive BJP. The results of panchayat polls are still 6-8 weeks away, but what is clear is the 75-year-old remains a formidable fighter in electoral politics, like no other.