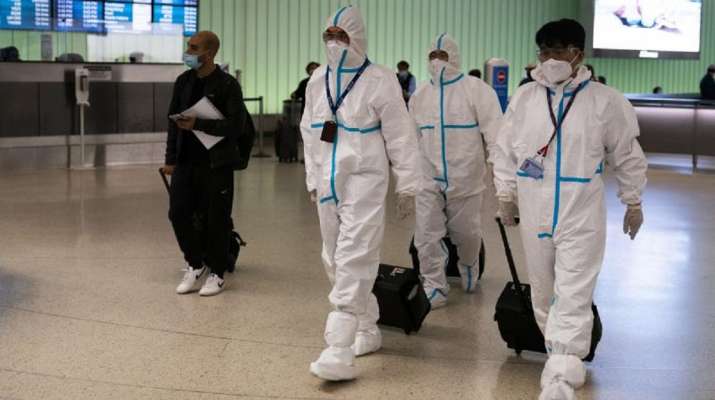 The World Health Organization (WHO) still recommends a 14-day quarantine for COVID-19 patients, even though most people recover from the infection within five to seven days. Speaking at a press briefing, Abdi Mahamud from WHO’s COVID-19 Incident Management Support Team said states must make decisions about the duration of quarantine based on their individual situations.

In countries with low infections, a longer quarantine time could help keep case numbers as low as possible, he explained. In places with runaway cases, however, shorter quarantines may be justified in order to keep countries running, he added.

The WHO official told journalists that it was possible to be infected by both influenza and COVID-19. However, since the two are separate viruses that attack the body in different ways, there is “little risk” of them combining into a new virus.

According to the WHO, as of December 29, 2021, some 128 countries had reported cases of the Omicron variant. In South Africa, which had seen a sharp increase in cases followed by a relatively rapid drop-off, hospitalization and death rates have remained low.

However, the situation will not be the same in other countries, Mahamud said.

“While the latest studies all point to the fact that the Omicron variant affects the upper respiratory system rather than the lungs, which is good news, high-risk individuals and the unvaccinated could still get gravely ill from that variant,” he added.

Mahamud said that the Omicron variant could overtake other strains in a matter of weeks, especially in areas with a large number of susceptible people – primarily those who are unvaccinated.

“The world has never seen such a transmissible virus,” he said.

The WHO’s Strategic Advisory Group of Experts (SAGE) on Immunization is set to meet on January 19 to review the situation.

Topics on the agenda for discussion include the timing of boosters, the mixing of vaccines and the composition of future vaccines.