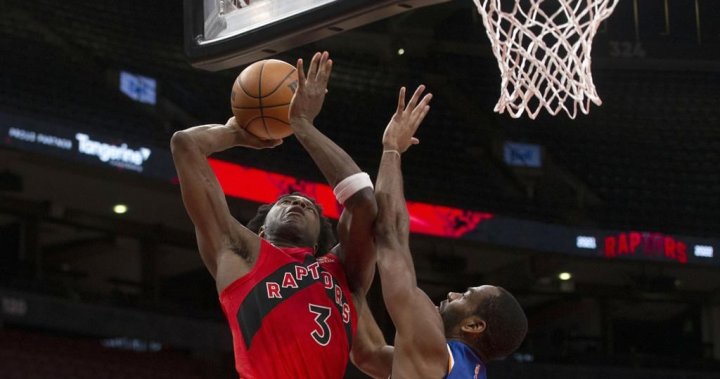 TORONTO – The Toronto Raptors officially rescheduled six of their games on Monday.

The other three games had been moved as the NBA re-jigged its entire schedule.

Toronto’s game originally scheduled for Dec. 16 against Chicago at Scotiabank Arena has been moved to Feb. 3.

The Raptors’ home game set for Dec. 20 against Orlando will now be played March 4.

A game originally scheduled for Feb. 3 against Miami will now be on Feb. 1.

Three of Toronto’s road games have also been moved, starting with a visit to Chicago set for Dec. 22 now being played on Jan. 26.

The Raptors trip to Atlanta set for Feb. 1 will now be played Jan. 31.

This report by The Canadian Press was first published Jan. 3, 2022.