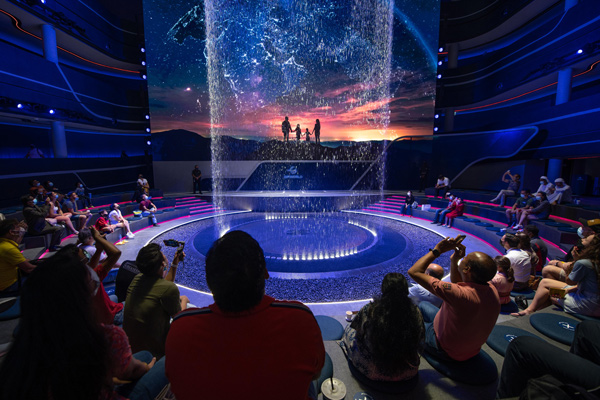 World Expo 2020 Dubai is right around the corner. And in honour of the world’s greatest fair, Thomas Cook brings to you Dubai Expo facts that will simply take your breath away.

Take a trip down memory lane and revisit some of the greatest Expo inventions!

The Philadelphia Centennial Exposition 1876 was the first World Fair held in America. Yes! It celebrated the 100th anniversary of the Declaration of Independence. And it was also the official Launchpad of one of the world’s greatest inventions – the telephone! Alexander Graham Bell and his unique contraption were the talk of the fair, as throngs of visitors from across the globe, including the Emperor of Brazil, watched in awe as the machine converted the human voice into electronic signals transferred via cables.

The 1889 Exposition Universelle was a monumental hit as the then tallest tower in the world –Eiffel Tower – was showcased to the people of France and the globe. Of steel and metal, the glorious structure was a reflection of the nation’s engineering prowess. Visitors lined up to experience the incredible ascent, but above all, the unparalleled views of Paris. A tricolour beacon – blue, red, white – the tower lit up every evening with the light of hundreds of gas lamps protected by opal glass cases.

Make Way for the Diesel Engine

Once again, the setting is Paris. But this time, we time travel to the 1901 Exposition Universally, where one of the most important innovations of the 20th century was introduced! Rudolf Diesel revealed his engine to the audience at the World Expo by running it on peanut oil. Fact – his experimentation with peanut oil marked him as one of the first individuals to test, what is today known as, biofuel. He went on to secure the fair’s Grand Prize for his innovation.

Peeking into The X-Ray Machine

Held in the world’s largest economy and in backdrop of the second industrial revolution, World Expo 1904 St. Louis put forth many new pioneering innovations. One of these inventions was the X-ray machine, a fledgling technology that has revolutionised the healthcare industry! Presented to the audience by the Public Health and Marine Hospital Service, the exhibit featured framed X-Ray images, a 16-plate static machine, and a live demonstration of a revolving plate machine.

The very first Ice Cream Cone was crafted at the 1904 World Fair in St. Louis, Missouri. A circus of decadence comprising of tasty treats such as sweet corn palaces, butter sculptures, and breakfast cereal towers. From a sophisticated delicacy savoured with a teaspoon, to a fun snack enjoyed on a crispy coned waffle, ice cream changed for the better! And it was considered to be a real breakthrough among the ice-cream aficionados.