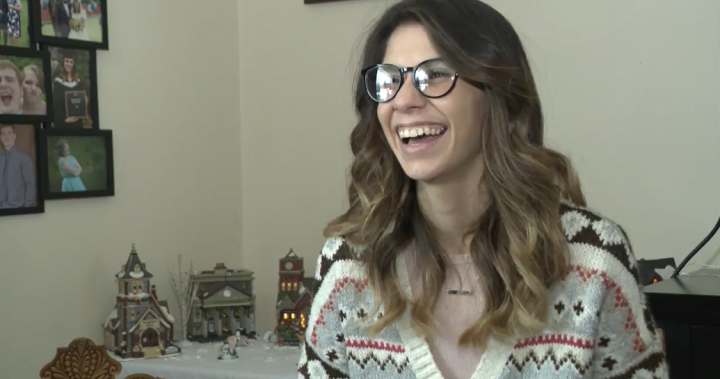 On her 25th birthday, Lesley Campbell is reflecting on the astonishing story of how she came into the world.

The native of Boston Bar, B.C. was born on New Year’s Eve in 1996 in the middle of what Environment Canada called, at that time, the “Snow Storm of the Century.”

“For me it’s definitely been more of a legend than anything,” said Campbell, who now lives in Chilliwack. “The highway was shutdown and people couldn’t get out either way, then all of a sudden my mom goes into labour 10 days early.”

A look back: 1996 ‘Snow Storm of the Century’ hits Vancouver and Victoria

Boston Bar is a small community in B.C.’s Fraser Canyon, about 65 kilometres north of Hope on Highway 1.

Road access to the community was cut off in the storm and while an ambulance made it to the home of Maria Adams, Campbell’s mother, it couldn’t get her to the hospital safely.

“My main concern at the time was I was laying in the floor in labour as the ambulance attendants, all my family were just sitting on the couch having coffee, watching TV because they couldn’t do anything,” said Adams.

Paramedics called for a helicopter, and while Adams waited and laboured, her husband and a family friend dug a trench from the house to the highway, where the helicopter would attempt to land.

She estimated they scraped through 300 feet of the white stuff so she could make it onto a stretcher with Campbell’s grandmother, and into the chopper.

“We tried to land in Hope at the hospital there but the helicopter pad was too icy,” said Campbell. “We ended up flying out to Chilliwack and I guess that’s where all the magic happened. I was born.”

Campbell said she was the last baby born in the district — the New Year’s Eve baby — and was gifted with cash and prizes, including clothes.

The items were much-needed, she added, as the snow storm prevented her, her mother and grandmother from returning to Boston Bar. They stayed in Chilliwack with an aunt for 10 days.

“I don’t usually share the story a whole lot, I feel like it’s my mom more so,” said Campbell.

“For me, I think it’s the shock of my dad not being able to see me for 10 days. People really connect to that part of it especially if they’ve had their own children.”

Every now and then, in a conversation about the snow storm of 1996, she said someone will ask, “Did you hear about the girl that was helicoptered out?” Adams said she always tells them, it was her.

“It was a miracle and I think the greatest part of it for me was after she was born, I got to hold her in my bed which was next to a window and the New Year’s Eve fireworks went off,” said Adams. “It was breathtaking and we both cried.”

Adams said on her daughter’s 25th birthday, she wishes to thank the paramedics and the helicopter crew who braved the storm so her “miracle” could be born.