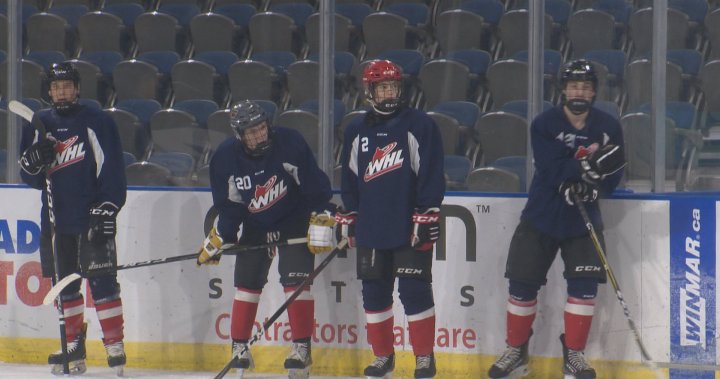 The Lethbridge Hurricanes paused team activities on Saturday due to a COVID-19 outbreak, including their game at the Scotiabank Saddledome.

The Western Hockey League announced that Lethbridge has 14 players on the league’s COVID-19 protocol list because they either tested positive for the virus or exhibited symptoms. Saturday’s game at Calgary and Sunday’s home game against Swift Current have been postponed.

The pause in action also means there will be no one-ice practices nor off-ice training pending further test results.

Numerous junior hockey teams have been impacted by the latest surge in cases. The Quebec Major Junior Hockey League announced on Friday it was extending its holiday break until Jan. 14th due to rising cases. The league was originally scheduled to resume on Jan. 7 after starting its break on Dec. 18.

The IIHF world junior championships in Alberta were cancelled earlier this week due to cases on several teams.