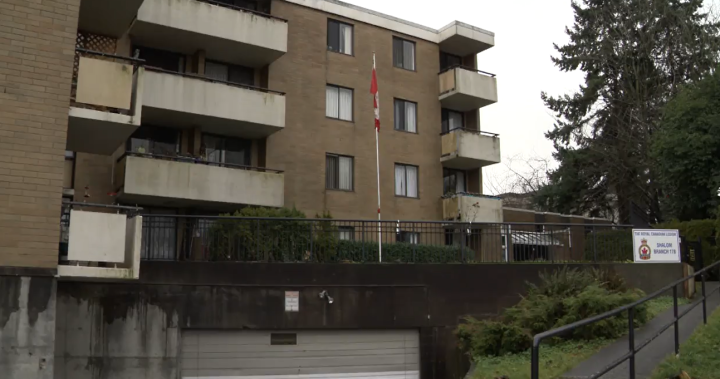 While many British Columbians count down to the new year, members of a Vancouver branch of the Royal Canadian Legion are watching the clock for another reason.

The Kitsilano Shalom Branch 178 is facing an eviction order, effective midnight, New Year’s Eve. The members are fighting an accusation of alleged non-payment of thousands of dollars in rent, which could result in ejection from a building the Branch helped build, on land it donated nearly 50 years ago.

Part of the original agreement was a handshake deal, allowing the Branch to operate in the building rent-free in perpetuity, the Branch says.

Cameron said it’s unclear whether the Maple Crest Housing Society, which owns the building, will move to lock the Legion out.

But he said his clients have a strong legal claim to stay there, arguing the landlord hasn’t even been able to produce a lease — because none exists.

The initial founding agreement is actually a trust, he said, with the Legion as beneficiary, and which the housing society is violating.

“The individuals we’re dealing with — veterans who served our country with honour — a handshake means everything to them,” he said.

“But this was more than a handshake. This was a legion who paid more than a quarter-million dollars to build this low-income housing project.”

The landlord is a housing society that the Branch founded to operate low-income housing in the building. The Global News request for comment from Maple Crest Housing Society President Jeff Simons has gone unanswered.

But in an interview with the Vancouver Sun, Simons said the details will come out in court. He alleged the Society is dealing with people “who aren’t telling the truth.”

The Legion branch has appealed to David Eby — the province’s Attorney General and the riding’s MLA — but there has been no move by the province to intervene in the dispute.

Along with the Legion’s office, the property includes 106 low-income housing units. The land is valued at nearly $40 million, a figure that could soon climb with a new subway station at nearby Arbutus and Broadway slated for operation by 2025.

The dispute now appears set to end up before a court.

“If the locks are changed tonight, the obligation will be on the housing society to make their points in court,” Cameron said.

“These are folks, some of them, who fought on the beaches of Normandy. And they’ll fight the fight now if they have to — even though they don’t want to have that fight. They simply [want] the deal they reached in good faith, honoured.”