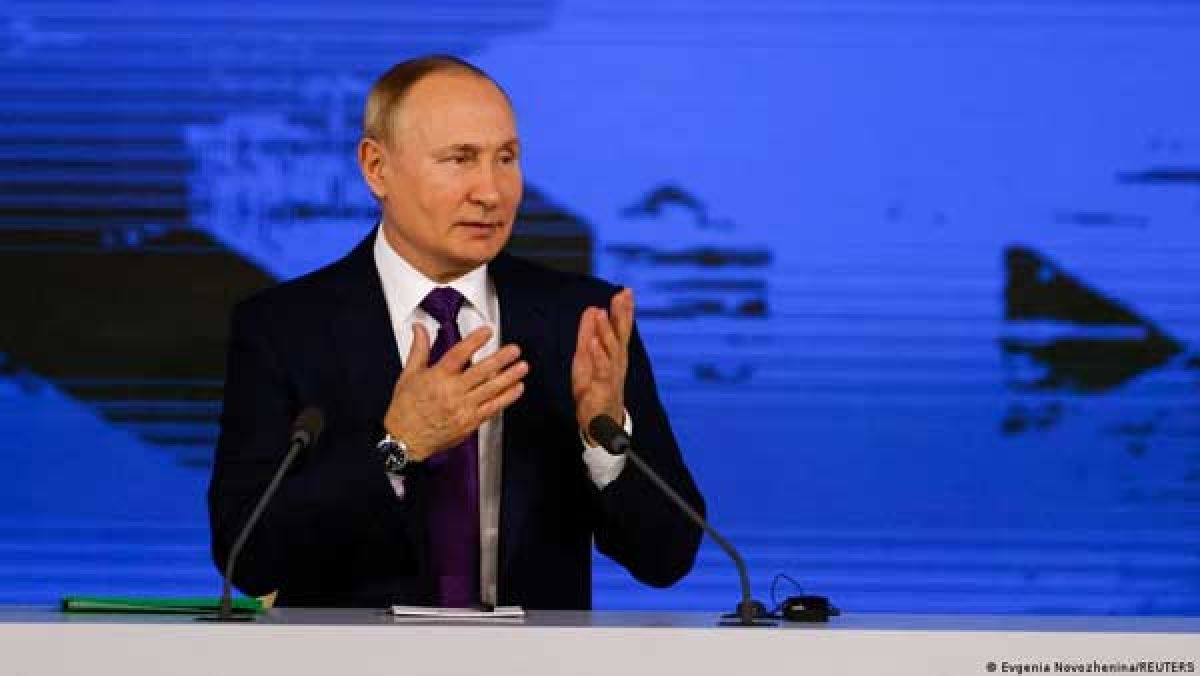 Moscow, Jan 01: President Vladimir Putin has used his New Year speech to hail Russians’ solidarity and strength in the face of tough challenges such as the coronavirus pandemic.

“We have continued to battle the dangerous pandemic that has engulfed all continents and isn’t retreating yet,” Putin said on Friday.

“This insidious disease has cost tens of thousands of lives,” he said.

Putin also said Russia’s economy was able to quickly bounce back despite the pandemic.

“Of course, there are many problems yet to be solved, but we went through the year valiantly, and the main credit goes namely to you — citizens of Russia, it is a result of your hard work,” he said.

Putin’s televised address, broadcast just before midnight in each of Russia’s 11 time zones, comes only hours after a phone call with US President Joe Biden. They traded warnings over Ukraine yet expressed some optimism for upcoming in-person talks.

Without referring directly to the phone call, Putin said Russia “firmly and consistently defended our national interests, the security of the country and citizens.”

Moscow’s relations with the United States and its allies hit a new low in 2021, as Russian authorities’ pressure on activists, critics and media intensified.

Putin critic Alexi Navalny is serving two-and-a-half years in prison for parole violations. He said the charges were politically motivated.

Putin, however, told Russians that his “main goal” for the future is to “improve the welfare and quality of life for people.”